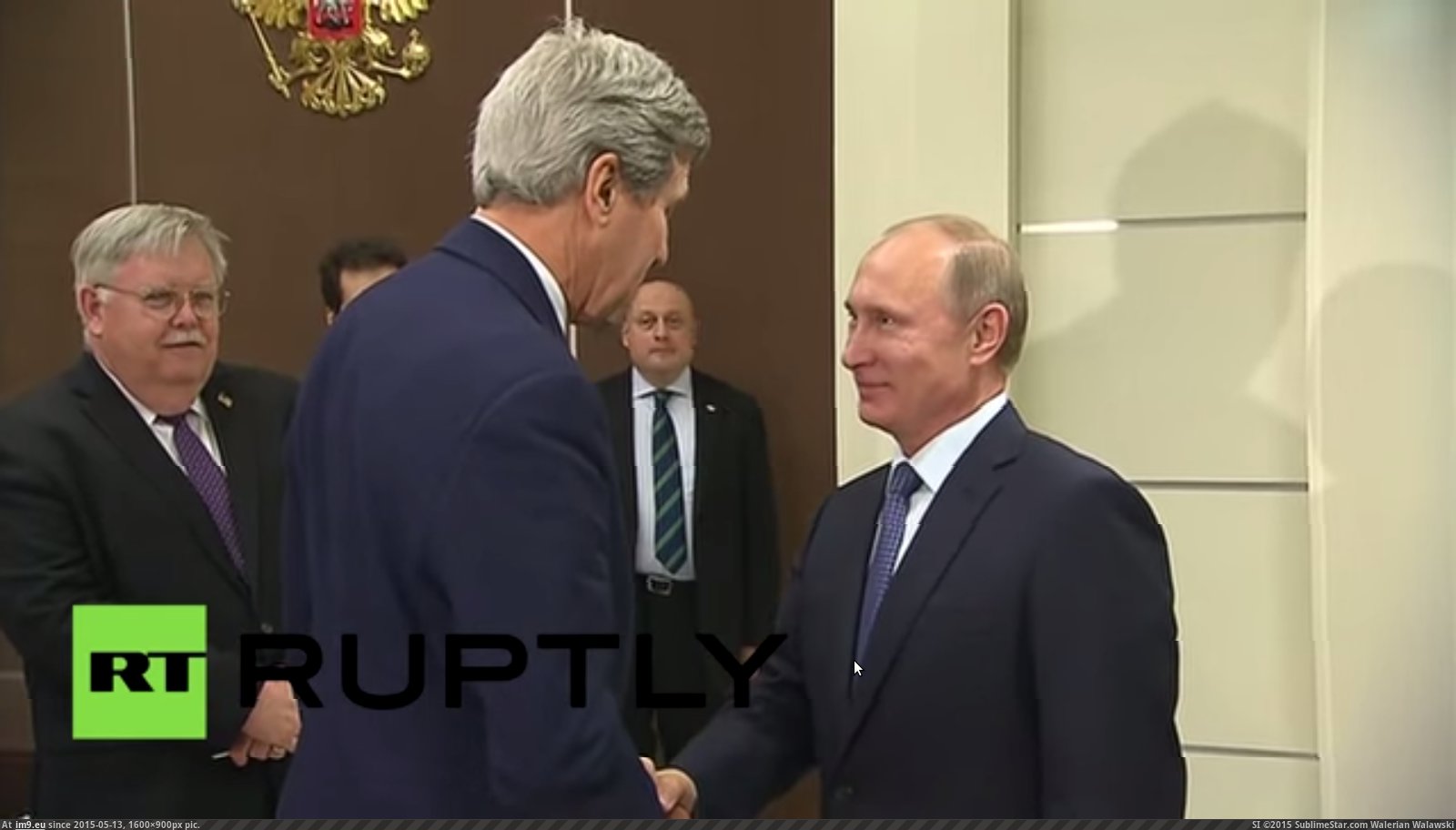 Russian President Vladimir Putin welcomed US Secretary of State John Kerry in Sochi, in Kerry’s first visit to Russia since the Ukrainian crisis began two years ago. A spokesperson for Putin said that America’s top diplomat had travelled to the Black Sea resort to discuss bilateral cooperation and a wide range of issues, but that Western sanctions would not be on the table for discussion. Before meeting Putin, Kerry held talks with Russian Foreign Minister Sergei Lavrov, which he described as “wonderful.” Lavrov also attended negotiations between Putin and Kerry which were closed to the media.