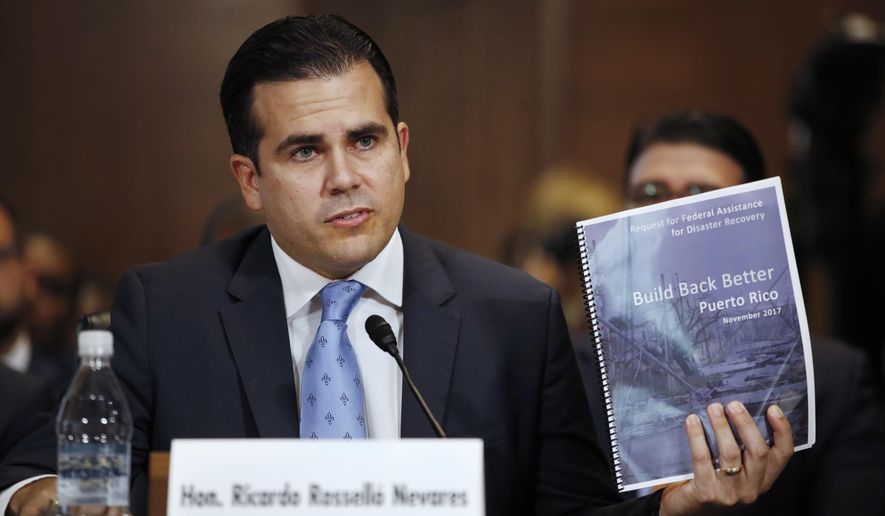 Puerto Rico Gov. Ricardo Rossello Nevares last month asked federal taxpayers to shell out $94 billion to pay for the territory’s recovery from Hurricane Maria — then turned around and paid out about

Puerto Rico Gov. Ricardo Rossello Nevares last month asked federal taxpayers to shell out $94 billion to pay for the territory’s recovery from Hurricane Maria — then turned around and paid out about $100 million in Christmasbonuses to island government employees.

The governor’s aides say the bonuses are a longstanding tradition and part of the law, and were planned for in the budget approved last summer.

But that budget came well before Hurricanes Irma and Maria slammed into Puerto Rico, leaving much of the territory in ruin and leaving the government begging for federal assistance.

The island’s financial oversight board, created by Congress as part of a deal to bail the government out of a potential debt default last year, called the payments “imprudent” and said the hurricanes should have forced the governor to rethink his decisions.

And the payments could dent Mr. Rossello Nevares’ efforts to get Capitol Hill to pony up for the recovery, where the $94 billion price tag the island has set is already meeting with shock. More at Source