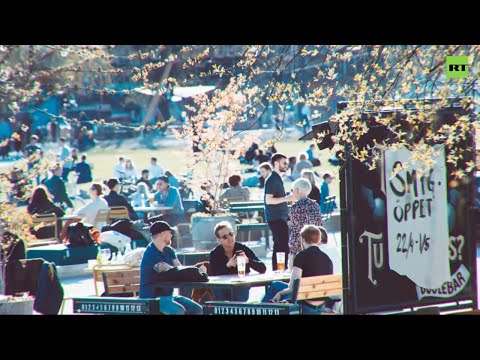 America’s Frontline Doctors (AFLDS) Chief Science Officer Dr. Michael Yeadon today pointed out that reports released by Public Health England shows the “Delta Variant” of the COVID-19 virus to be “much less lethal Delta is said to be, compared with the previously dominant strain.”

A June report entitled SARS-CoV-2 variants of concern and variants under investigation in England, Technical briefing 16, “includes variant diagnoses made both by whole-genome sequencing and by a genotyping PCR test, including the categorisation of confirmed and probable variant results and a rules-based decision algorithm (RBDA) to identify variant and mutation (VAM) profiles from genotype assay mutation profiles. Genotyping is used to identify variants Alpha, Beta, Delta and Gamma; targets were updated in mid-May 2021 to prioritise accurate identification of Delta over Alpha.”

And a subsequent report released three weeks ago entitled SARS-CoV-2 variants of concern and variants under investigation in England, Technical briefing 19 shows “half the ‘cases’ but one tenth of the deaths,” said Yeadon. “So approximately 10% of the apparent lethality.

“The authorities might argue ‘the more recent cases are in younger people so of course fewer deaths.’ Fine. I don’t buy the idea that a variant selects people by age,” he continued.

Commenting on Table 2 of the earlier report, Dr. Yeadon explained: “This is case fatality rate (CFR) rather than infection fatality rate (IFR). CFR is greater than IFR, because many people acquire the virus but don’t become ill, traditionally the threshold for labelling a person a ‘case’.

“Given that rider, note they claim a CFR of 0.1% & the expectation is that IFR will be somewhat lower.

“It is generally accepted that the IFR for a typical seasonal influenza is around the 0.1% mark; it appears objectively that we’re now engaged in destruction and authoritarian control of the population over a respiratory virus with lethality approximating seasonal influenza.”

“Now, the ratios are in relation to a population and would quite likely differ if only seniors became infected or only children.

“But the principle that Delta is less lethal than Alpha does seem to be borne out.

Table 2 shows the number of cases and deaths associated with each variant of concern and variant under investigation, and the
proportion of total sequenced cases accounted for by each variant.

“Worse, the comparison was with a typical seasonal influenza. That means a more severe flu like 2018 is worse than Delta.

“Why in heavens name are we continuing to make a disaster movie about this? Couple Delta with early treatments and we’ve been out of the woods objectively for some time. Except the narrative says different.

“I recall a year ago asking the rhetorical question: ‘When will this be over?’ My answer was and remains: ‘When those advising governments say so.’”