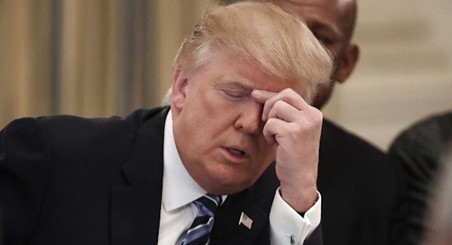 Back in October of 2017, Bandy Lee—a forensic psychiatrist at Yale who doubles as a self-anointed political schoolmarm—notoriously diagnosed President Trump as having so-called narcissistic personality disorder. Having done this without “examining” him, Lee violated the American Psychiatric Association’s Goldwater rule, which states that “it is unethical for a psychiatrist to offer a professional opinion unless he or she has conducted an examination and has been granted proper authorization for such a statement.” Lee was widely rebuked by people throughout her profession, which, needless to say, is hardly a MAGA crowd.

Now Lee has gone after Harvard law professor Alan Dershowitz for criticizing the view that Donald Trump is guilty of obstructing justice or other impeachable conduct. Dershowitz, according to Lee, suffers from the same “mental disorder” as the president. What makes “experts” like Lee so dangerous is their blithe use of “science” to advance what is really a kind of moral crusade. In her introduction to The Dangerous Case of Donald Trump: 27 Psychiatrists and Mental Health Experts Assess a President, Lee writes:

Possibly the oddest experience in my career as a psychiatrist has been to find that the only people not allowed to speak about an issue are those who know the most about it. How can I, as a medical and mental health researcher, remain a bystander in the face of one of the greatest emergencies of our time, when I have been called to step in everywhere else?

Although she is terribly lacking in analytical rigor and has, to put it generously, a middling intellect, Lee is nonetheless bursting with hubris. “Everywhere else” means all domains and contexts other than what she calls “one of the greatest emergencies of our time”—namely, the Trump administration. Quite a busy life, Bandy Lee’s! Reading Lee on Lee, one is reminded of St. Paul: “I have become all things to all men, that I might by all means save some.”

And yet, there is nothing at all scientific, objective, or falsifiable in the loose talk used by Lee to “diagnose” people she has never met. To illustrate this, we can examine the concept of narcissistic personality disorder itself, with which Lee is so keen to diagnose her political enemies. In order to understand her claims, consider diagnostic criteria given in the fifth edition of the Diagnostic and Statistical Manual of Mental Disorders (DSM-5) for so-called narcissistic personality disorder:

A pervasive pattern of grandiosity (in fantasy or behavior), need for admiration, and lack of empathy, beginning by early adulthood and present in a variety of contexts, as indicated by five (or more) of the following

There are few people, I venture to say, who, if they are self-aware and honest, would not check at least a few of these, and the arbitrariness of the criteria is suggested by the fact that it takes just five out of nine checks (nor are the odd numbers an accident) to be diagnosed as having the “disorder.” Nor will every “expert”—each of whom has a particular subjective perspective, shaped by his own beliefs, experiences, and history — agree about what traits and behaviors fall under a category or categories.

In many circumstances, no doubt, 1–9 would all be negative traits and behaviors, but of course we don’t need “science” to know that. Here, moreover, the conception of negative is a value judgment — that is to say, epistemically external to science. Still more, it’s not obvious that these traits and behaviors are entirely negative by definition. A person who is “preoccupied with fantasies of unlimited success, power, brilliance, beauty, or ideal love” may well be narcissistic, but that doesn’t mean that his “preoccupation” won’t produce excellence in his endeavors. Michael Jordan, by many accounts, is a world-class jerk. In his playing days, he was so obsessed with winning that he was frequently cruel to teammates. But for all that, he remains possibly the greatest basketball player of all time. As for number 5, it is rather ironic that about fifty years into therapy culture, with all its emphasis on the importance of the self and its feelings, there are almost certainly millions of Americans who have “a sense of entitlement.” One could, perhaps, pluck out most people under fifty from any number of bars or cafes in Brooklyn or San Francisco and be hard put to find someone who does not have “a sense of entitlement.” At what point does it become impossible, in principle, to distinguish the vice of entitlement from what has become a cultural norm (though only in the last fifty years or so)? Note that the very concept of entitlement is intrinsically relative and comparative. Like number 2, already touched on, number 6, being “interpersonally exploitative,” recalls Montaigne’s insight that the achievements of Alexander the Great derived in part from his vices.

“Medical diagnoses,” observed the late psychiatrist Thomas Szasz, “deal with objective and demonstrable lesions of the body, broken bones, diseased livers, kidneys, and so on.” By contrast,

Psychiatric diagnoses deal with behaviors that human beings display, and they have to be interpreted in moral, cultural, and legal terms and, therefore, different interpreters will arrive at different judgments.

“Unlike the conditions treated in most other branches of medicine,” says Marcia Angell, former editor of the New England Journal of Medicine,

there are no objective signs or tests for mental illness—no lab data or MRI findings—and the boundaries between normal and abnormal are often unclear. That makes it possible to expand diagnostic boundaries or even create new diagnoses, in ways that would be impossible, say, in a field like cardiology. And drug companies have every interest in inducing psychiatrists to do just that.

There is an important epistemic distinction here, indicated by both persons. “Lesions of the body, broken bones, diseased livers, kidneys, and so on” are all objects in the world. Like the brain, they are essentially bodily. It is not so with the mind, or with so-called mental disorders, though. Although the mind surely depends on the brain, it is, in essence, a mental process, and it follows that we cannot locate concepts such as “pattern of grandiosity (in fantasy or behavior), need for admiration, and lack of empathy” in what we (somewhat misleadingly) call the external world in the relatively straightforward and precise way that a physician can determine whether you have diabetes or a diseased liver.

This limitation is clear, fortunately, from the statements and writings of some of the better psychiatrists themselves. “There is no definition of a mental disorder,” says Allen Frances, lead editor of DSM–4. “It’s bulls—t. I mean, you just can’t define it.” Thomas Insel, director of the National Institute of Mental Health, told psychiatrists at the American Psychiatric Association’s 2005 convention that the DSM “has 100 percent reliability and zero percent validity,” for the diagnostic criteria lack robust justification. University of Pittsburgh psychiatrist David Kupfer, who chaired the panel that produced the DSM–5, told the New York Times that

The problem that we’ve had in dealing with the data that we’ve had over the five to 10 years since we began the revision process is a failure of our neuroscience and biology to give us the level of diagnostic criteria, a level of sensitivity and specificity that we would be able to introduce into the diagnostic manual.

Once a putative disease becomes a proven disease, it ceases to be classified as a mental disorder and is reclassified as bodily disease.

For Szasz, psychiatry, in order to be legitimate, needs to become part of neurology. But that is never going to happen, because psychiatry is not a science so much as a humanistic art, and the DSM, of whatever edition, is hardly more “scientific” than The Nicomachean Ethics. Psychiatry aims to help people and, for better or worse, many want that help. Psychiatry also facilitates social order. But in doing all this psychiatry is entangled with lots of normative, moral, and legal issues and considerations. Being at once of great importance and quite imperfect, psychiatry needs to be regarded with a prudent skepticism.

This brings us back to Bandy Lee. “I started ‘translating’ Trump’s tweets as a public service sometime in the summer, because I could see his negative influence as he tries to reform others’ thoughts,” she says in the Salon interview. “[J]ust about all of Donald Trump’s followers,” she claims on Twitter, suffer from a “shared psychosis.” The vague and stilted term denotes nothing but what Lee, the “public servant,” doesn’t like. Last year, the American Psychological Association pathologized masculinity itself, a subject I covered in my January 11, 2019, Takimag column. In my December 6, 2019, Takimag column, I showed how “psychiatric experts” try to use the fallacious brain disease model of addiction to negate the concept of free will and to absolve people from facing the consequences of their actions. As we have seen, Bandy Lee wants to use her pseudoscience to realize partisan political ends. There are plenty of others like her. So, we need to keep a close eye on such “experts,” because they seek to use state power to control their enemies, and that means conservatives and libertarians in particular.

Christopher DeGroot is the editor of The Agonist. He writes a weekly column for Taki’s Magazine, and his work has also appeared in Spectator USA, The American Spectator, The Daily Caller, American Thinker, Frontpage Magazine, New English Review, Jacobite Magazine, The Unz Review, VoegelinView, Splice Today, Expansive Poetry Online, Ygdrasil, A Journal of the Poetic Arts, and Life and Legends. His Twitter handle is @CEGrotius.