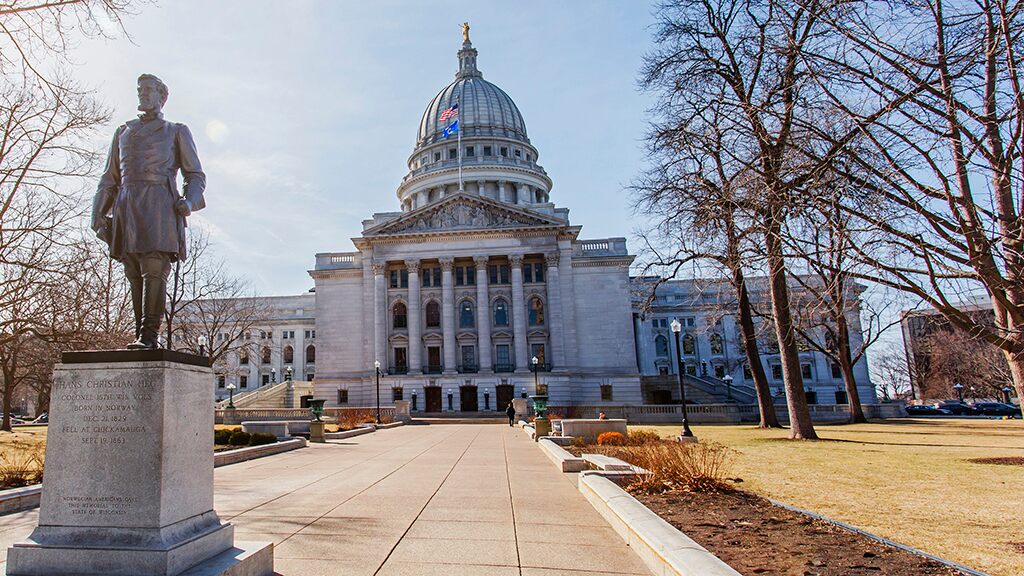 A Democrat state senator from Milwaukee was pummeled by a group of protesters at the Wisconsin State Capitol late Tuesday during a violent clash that included two statues being toppled, a report said.

I took this pic- it got me assaulted & beat up. Punched/kicked in the head, neck, ribs. Maybe concussion, socked in left eye is little blurry, sore neck & ribs. 8-10 people attacked me. Innocent people are going to get killed. Capitol locked- stuck in office.Stop violence nowPlz! pic.twitter.com/Zw2hdfYG66

“I don’t know what happened,” he told the paper. “All I did was stop and take a picture and the next thing I’m getting five-six punches, getting kicked in the head.”

He’s currently kneeling on the ground next to his car pic.twitter.com/jo1ZNwE3FN