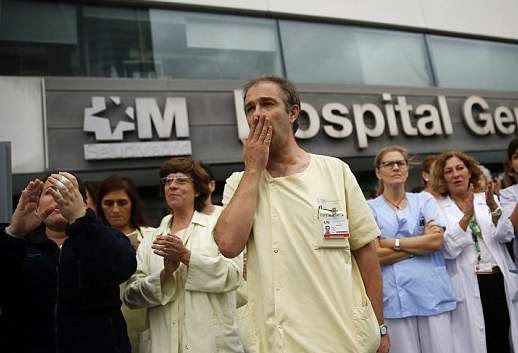 Anger was growing in Spain today over how a nurse became infected with Ebola as it was claimed the protective suits given to health officials were not good enough.

Four suspected Ebola patients are now in hospital in Madrid after the nurse was confirmed as the first person to catch the virus outside of West Africa.

The escalation in Spain’s Ebola outbreak comes as officials revealed 30 people were being monitored for symptoms, including the woman’s husband…. http://www.dailymail.co.uk/