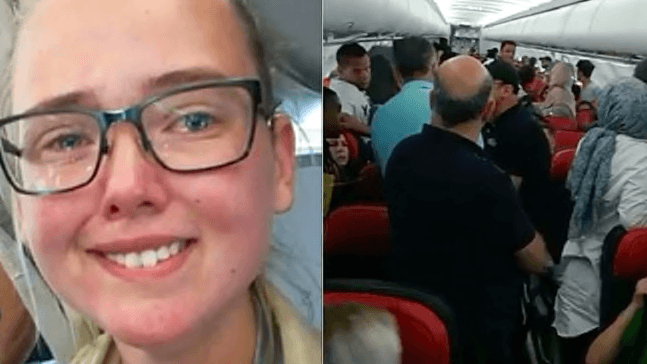 The 21-year-old activist Elin Ersson, who has been prosecuted at the Gothenburg District Court for violation of the Aviation Act after she halted the deportation of an Afghan man at the end of July, may be sent to prison.

That was in any event what Prosecutor James von Reis called for when the trial ended on Monday.
He wants Ersson to be sentenced to 14 days imprisonment.
However, the young woman herself has argued that she has not done anything illegal, but complied with the captain’s request.
The verdict is expected in mid-February.
Elin Ersson broadcast her one-woman protest on Facebook in July, during which she refused to sit down on the flight from Landvetter airport in Gothenburg, thereby preventing it from taking off.
The crying Swedish woman was eventually removed from the plane, as was a man in his 50s who was to be deported to Afghanistan.
The man had been convicted in Sweden and sentenced to nine months in jail for three cases of assault of his own wife and their two children.
Among other things, he “whipped” them with a long charging cord.
In an interview with the Swedish newspaper DN, Ersson denied any knowledge of his background. She originally wanted to “save” another migrant, a 26-year-old Afghan, who was not on the plane. But the older criminal Afghan was taken off the plane instead.
Both men have since been deported from Sweden.