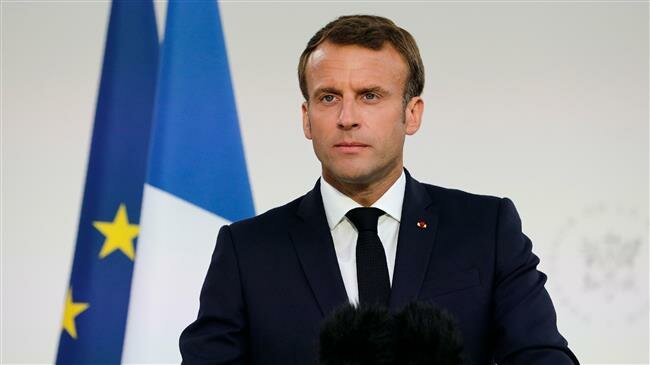 French President Emmanuel Macron has approved the creation of a military space force command to boost the country’s military capabilities.

French President Emmanuel Macron has approved the creation of a military space force command to boost the country’s military capabilities amid a precarious state of ties with the US.

Macron made the announcement while addressing a military audience at the French Defense Ministry in Paris on Saturday, stressing that the new command would eventually be part of his country’s air force.

“To give substance to this doctrine and ensure the development and reinforcement of our space capabilities, a space command will be created next September in the air force,” Macron said, adding that the investment involved has yet to be determined.

The French president had previously spoken of the need for a strategy for space defense in the face of growing threats from other powers amid a race in space militarization.

“The new spatial and military doctrine that has been proposed to me by the (defense) ministry, which I have approved, will allow us to ensure our defense of space…,” he said on Saturday.

“We will reinforce our knowledge of the situation in space, we will better protect our satellites, including in an active manner.”

France plans to spend four billion dollars on space militarization between 2019 and 2025.

Macron’s announcement, made on the eve of France’s Bastille Day national celebrations that feature a military parade down Paris’s Champs-Elysees, showed the country’s interest in boosting its military readiness in space following increased spending by the US, China and Russia.