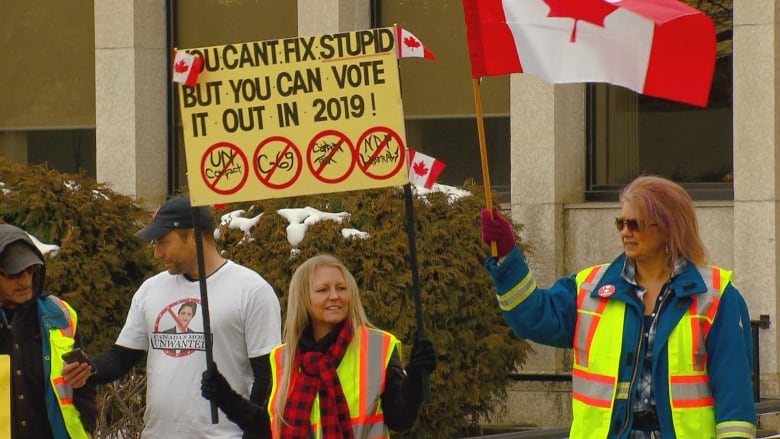 Some newcomer advocates in Red Deer are warning that yellow vest protests are stirring up anti-immigrant sentiment in the central Alberta city.

Some newcomer advocates in Red Deer, Alta., are warning that yellow vest protests are stirring up anti-immigrant sentiment.

Since November, protesters wearing yellow vests have packed the downtown on Saturdays to call for pipelines and stricter rules on immigration while denouncing the carbon tax and the United Nations migration pact.

Posters have circulated at the protests, claiming Prime Minister Justin Trudeau’s agenda supports terrorism, “mass Muslim immigration” and starting the “process of Sharia law.” The rally has attracted members of the Soldiers of Odin, an anti-immigrant group.