Besides being billionaires, what do Warren Buffet, Ted Turner, George Soros, Bill Gates, David Rockefeller, Michael Bloomberg, and Oprah Winfrey have in common? They are all interested in controlling the world’s populations. Ted Turner, the billionaire media mogul, has called for a 95% reduction in the world’s population through means such as Communist-style one child policies.

In China, these policies are enforced through taxes on subsequent children and intimidation programs which include secret police and so called family planning authorities. These authorities use methods such as kidnapping and forced abortion of pregnant women.

Also, Buffet has contributed millions toward the dispensing of the abortion drugs misoprostol, mifopristone/misoprostol combination packs, and manual vacuum aspiration kits, particularly to rural and hard-to-reach consumers in developing lands. 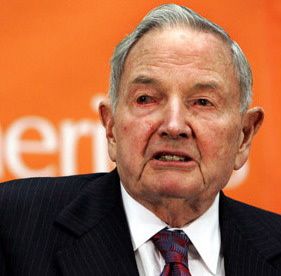 Bill and Melinda Gates, through their Gates Foundation, have called for reducing the world’s population by 11%, or one billion. Gates has pushed for the so called “Billionaires Club” to adopt population control as their “Umbrella Project”

In addition to the aforementioned billionaires, other supporters of Obama’s Global Health Initiative (GHI) are the World Economic Forum, the Clinton Global Iniative, the UN Foundation, and International Planned Parenthood Federations.

These billionaires and leaders from these groups, have met secretly, several times over the past several years, in different locations, to develop” a strategy in which population growth would be tackled as a potentially disastrous environmental, social, and industrial threat.”

What techniques might be being used to reduce population levels? The top three methods, according to some are; unsustainable and exploitative international development, leading to massive hunger, starvation, and worldwide famine, the fomentation of war and hatred, and finally, global pandemic, plague, and pestilence on an unprecedented scale.” These three would kill millions prematurely each year.

Other schemes include; the build up and use of nuclear, chemical and biologic agents, poisoning and contamination of food and water supplies, the use of deadly pharmaceuticals in society, and the spread of deadly viruses.

Bill Gates has revealed one of his alarming methods for decreasing population, the use of vaccines. I an interview with CNN’s Dr. Sanjay Gupta, in 2011, he stated that child sickness and deaths are not the only benefits of an extensive vaccine program, population control is an equally beneficial affect of a well funded vaccination program.

In 2014, it was reported that 47,500 Indian children were paralyzed due to a Gates sponsored polio vaccination program using a drug, no longer used in the US due to safety concerns and risk of paralysis.

In his book, “Killing Us Softly; Causes and Consequences of the Global Depopulation Policy” author and researcher, Kevin Galalee reveals that since these de -population policies have been imposed, two billion births have been prevented, and 500 million premature deaths have occurred.

Unfortunately, this has not decreased population levels fast enough for the privileged, ruling elite. The goal for the future is to take a more “voracious toll as global population levels continue to rise”, according to Dr. Stanley Monteith, of radioliberty.com.

The environmental movement has been hijacked and is being used to promote the de-population agenda. Mans “carbon footprint” is said to be a major reason to reduce population and thus” save the planet.”

So what is the motive behind this desire to control the population growth of the world? Is it a truly altruistic and philanthropic desire to ease human suffering and protect the planet?

Or is it that these elite billionaires view themselves as better, more worthy, and superior to the average world citizen, who in their view, take up space and consume too many resources? Is this just the eugenics of the past revamped for today?

Could this be part of a larger Globalist agenda to promote a One World Government or New World Order?

God’s Word reveals that each life is sacred and unique to the Creator. Speaking of the Creator, Psalms 139:13 says” You made all the delicate, inner parts of my body and knit me together in my mother’s womb.”

Nowhere in the Bible does God tell man to limit the population of the Earth. In fact, God told Adam and Eve to populate and subdue the Earth. (Gen.1:28).  This does not neglect good stewardship of what God has given us but current efforts to depopulate the earth are contrary to God’s intentions.