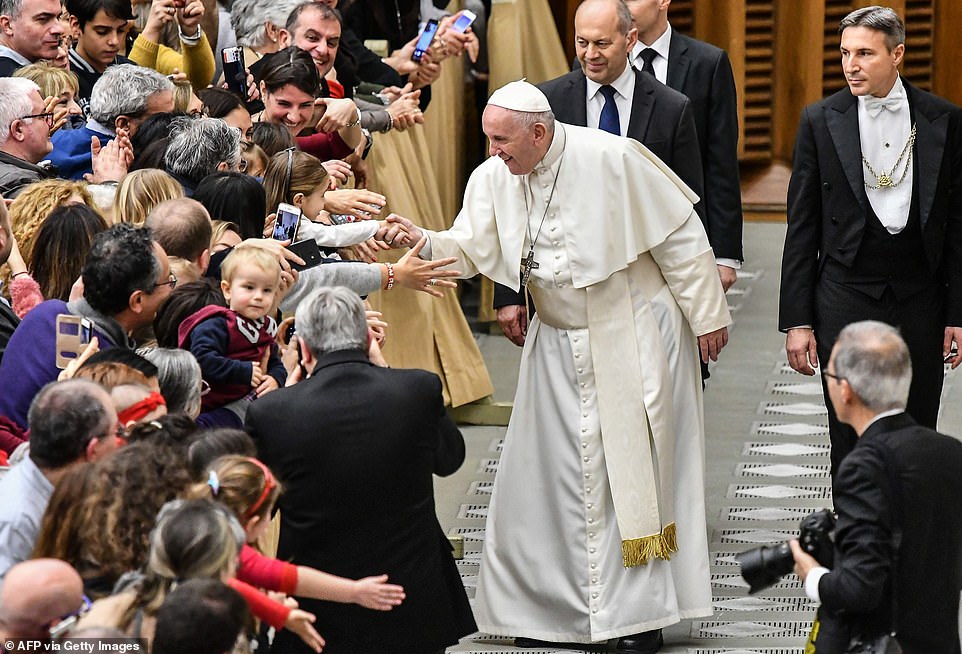 Pope Francis also sought to remind cardinals, bishops and priests that the church does not enjoy the authority it once did, as he spoke in the Sala Clementina, Vatican City.