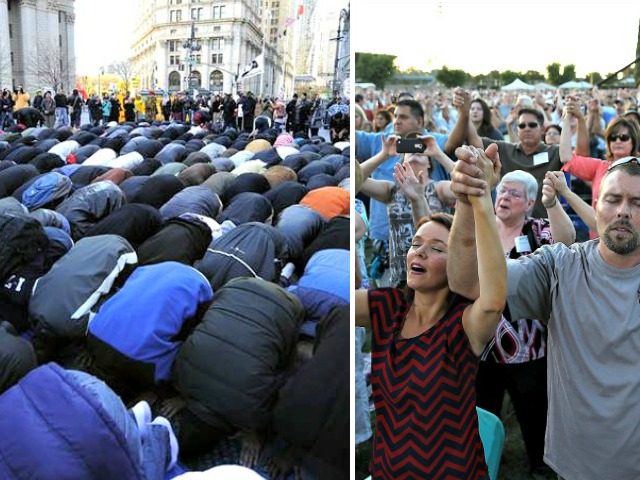 The poll can be read here.

The poll asked, “Suppose a group of devout Christians [or devout Muslims] asked their employer to provide a private place for them to pray together. Even if it is a hardship [on business], do you think the employer should or should not accommodate the request?”

The Democrats’ pro-Muslim bias exists despite the hostility of orthodox Islamic rule-books towards Christians, atheists, women, secularists, and democracy.

The poll also showed that urbanites, young people, and women were far more supportive of Muslim believers than of Christians, despite Christianity’s orthodox support for secularism, sexual equality, and economic redistribution.