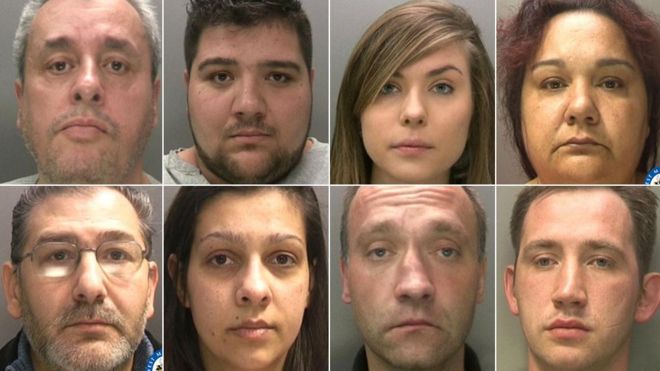 A cruel gang of people traffickers from Poland have been jailed after running what a judge described as “the largest conspiracy of its type ever known”.

A cruel gang of people traffickers from Poland have been jailed after running what a judge described as “the largest conspiracy of its type ever known”.

Up to 400 victims were trafficked into the West Midlands, forced to live in horrific conditions as they worked on farms and recycling centres.

Luring vulnerable people from Poland, the victims included the homeless and alcoholics.

Those involved stayed in horrendous accommodation scattered across West Bromwich, Sandwell, Smethwick and Walsall. Some properties had no working toilets.

In some cases the victims were receiving just 50p per hour. The victims ranged from a young person aged just 17 to a man in his 60s.

The abusers are estimated to have made more than £2 million between 2012 and 2017, with the group even claiming benefits in the victims’ names without them knowing.

The trial judge described the network as the “most ambitious, extensive and prolific” example of modern day slavery ever being exposed in the UK in recent times.

As West Midlands Police explain those involved have now been found held to account: “At Birmingham Crown Court last week Ignacy Brzezinski and Nowakowski from James Turner Street, Winson Green – but originally from Bydgoszcz in Poland – were found guilty of conspiracy to traffic people, requiring them to perform forced labour and acquiring criminal property.

Breaking news this afternoon as the gang are jailed for more than 55 years. They lured victims to the West Midlands with promises of work and a better life. The reality was far from that. pic.twitter.com/89Y1I6tieQ

#SLAVERY: Read the full story on how we caught and convicted the biggest trafficking and slavery gang ever exposed in the UK. Thanks to anti-slavery charity @Hopeforjustice who helped identify and safeguard victims. Full story: https://t.co/d3uIVfGWZD pic.twitter.com/yS1aiEIgZK