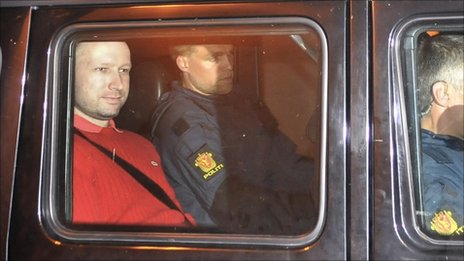 Despite being portrayed by the media as inept due to the length of time it took them to reach the island of Utoeya, it has now emerged that police knew the name of gunman Anders Behring Breivik before they even arrested him, a startling admission that prompted one of Britain’s top news anchors to question how authorities were aware of the gunman’s identity in advance.

During his Channel 4 News broadcast on Friday evening, host Jon Snow asked “why police knew the killer’s name by the time they had arrived on the island,” reported the Telegraph live blog.

“He surrendered the moment police called his name 3 minutes after they arrived. What we don’t know is how the police knew the terrorist’s name before they arrested him,” said Snow, who is recognized as one of Britain’s most trusted news anchors, and cannot be dismissed as a “conspiracy theorist”