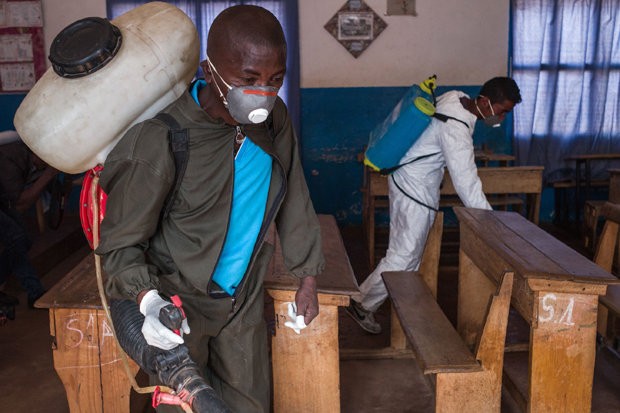 Madagascar remains ravaged by the pneumonic plague that is believed to have killed more than 143 people across the African island.

Cases have risen by 8% in just one week and scientists frantically working to make sure the airborne infection doesn’t spread to mainland Africa.

Aid workers on the ground have now revealed their battle with the plague.

Nine countries are now on high alert amid fears the plague could go global.

Pneumonic plague – a relative of the Black Death – can kill in as little as 24 hours and there have been nearly 2,000 cases reported in Madagascar.

Medication to treat the plague is free, but many are refusing to seek help, aid workers revealed, reports South African newspaper Mail & Guardian.

Fantasia Ranjavelontsalana, a volunteer, said: “They are afraid to go to the doctor because even a simple cough can be diagnosed as plague and people are afraid of that.”

Meanwhile, some families are not giving back the bodies of the dead – with the police having to seize the infected corpses.

Charlotte Ndiaye, a World Health Organisation (WHO) worker, said: “The problem you have now among communities in Madagascar is that most families don’t want to give back the body.

“The police come to take the body. This is terrible. It is really terrible.”

She noted there is also a lack of an “official” plague burial system meaning many families don’t know what to do with their dead.

Willy Randriamarotia, chief of staff for the health ministry, also backed up claims the plague is being spread by ancient rituals in watch people “dance” with the dead.

He said: “If a person dies of pneumonic plague, and is then interred in a tomb that is subsequently opened for the ritual, the bacteria can still be transmitted and contaminate whoever handles the body.”

The airborne pneumonic plague can be spread by coughing, sneezing, spitting and other contact with bodily fluids.