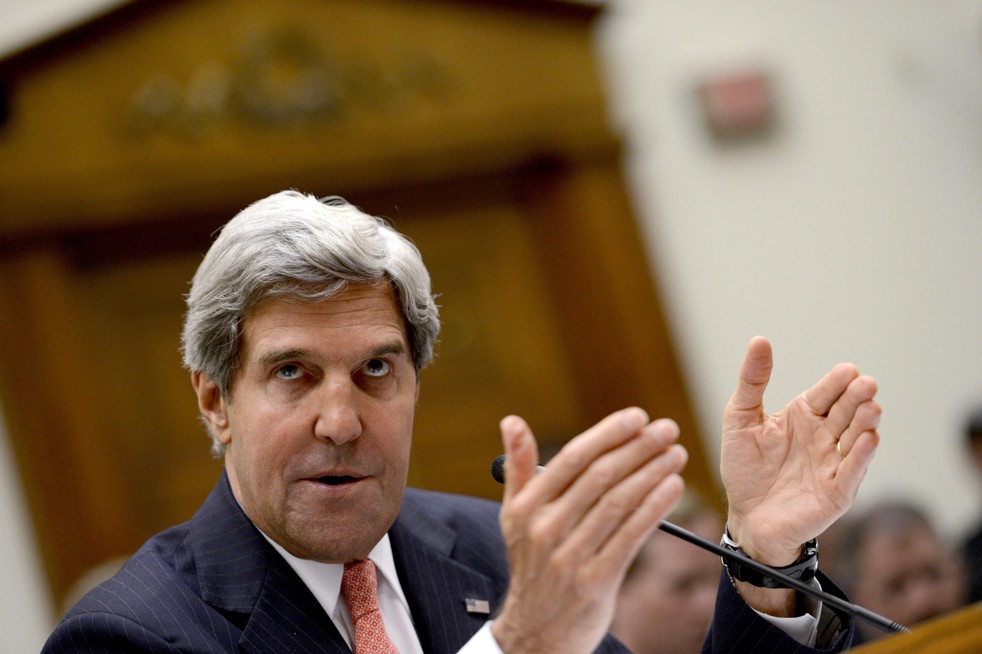 Former Secretary of State John Kerry complained Thursday that President Donald Trump was ruining everything he and former President Barack Obama achieved with the Iran deal.

“He put his disdain for anything done by the last administration ahead of his duty to keep the country safe,” Kerry wrote in a mournful 1,000 word op-ed for the New York Times. The former secretary of state is currently supporting former Vice President Joe Biden for president and campaigning for him in Iowa.

Kerry argued the Iran nuclear deal was working, but Trump threw it all away, which only empowered Iran’s Quds Force Commander Qasem Suleimani.

“There were no missile attacks on United States facilities. No ships were being detained or sabotaged in the Persian Gulf,” he wrote about the state of the Middle East under the deal. “There were no protesters breaching our embassy in Baghdad. Iraq welcomed our presence fighting ISIS.”

Kerry even said that although Suleimani was a “sworn” enemy of the United States, America benefited from his efforts to fight ISIS.

The ever evasive Kerry is Incomunicdo at the moment…

What is repugnant is that the idea Obama’s legacy (such is it is) is more important that what is good for the nation,