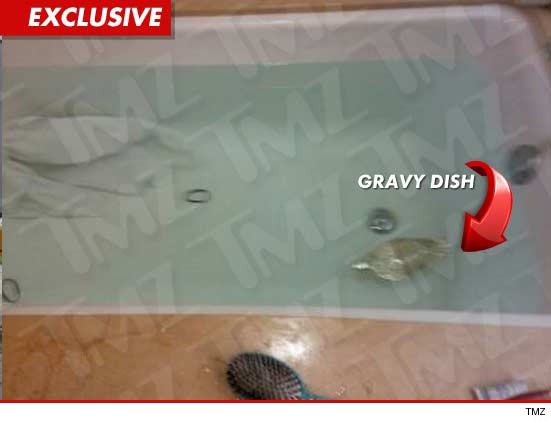 TMZ has obtained a photo of the tub in which Whitney Houston died.

The photo was taken moments after police and EMTs removed Whitney’s body from the bathroom of the Beverly Hilton Hotel.

The photo shows the tub still filled with water.  There’s a gravy dish at the bottom of the tub, which Whitney typically filled with olive oil to keep her skin soft.

And there’s a towel at the bottom of the tub — possibly worn by Whitney to keep her hair dry while she was bathing.