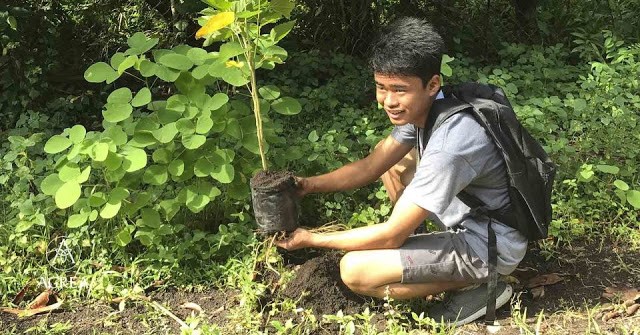 Philippines is one of the most deforested areas among other counties around the globe. The total forest area of the Philippines has decreased from 70 % to 20% in few years which has led to many problems such as floods and landslides.

The Philippine law parliament is now concerned about its environment has decided to pass a law that states that students in order to graduate  have to plant more than 10 trees while in college.
According to this law, every student before graduating has to plant more than 10 trees this will increase about 525 billion trees in a generation. Statistically almost 500,000 students graduate per year hence planting trees will lead to about 172 million trees per year which will eventually lead 525 billion new trees in a generation.
The law has been passed by the Legislative Council and has been proposed in front of the President to be signed and passed and legally applicable to every University in the Philippines. It is an innovative idea to contribute towards a greener society and also help students to  contribute towards the health of the planet.
Different species of plants are supposed to be planted. The plants are supposed to be  according to the climatic conditions in that country. The trees are supposed to be planted at different locations such as residential areas, mining areas, military field, schools  hospitals Universities and other areas whenever it is possible. With the increasing carbon in the air of the country this law particularly has become necessary and will ensure the decrease of carbon dioxide in the air.
With the decreased number of trees and increased carbon rate in the air this particular law is hoped to bring environmental balance and work towards a greener society.
Source: Philippines law would require students to plant 10 trees if they want to graduate – CleanTech Express