Pew Survey: Out Of 27 Nations Polled, Zero Want More Immigrants to Move to Their Country 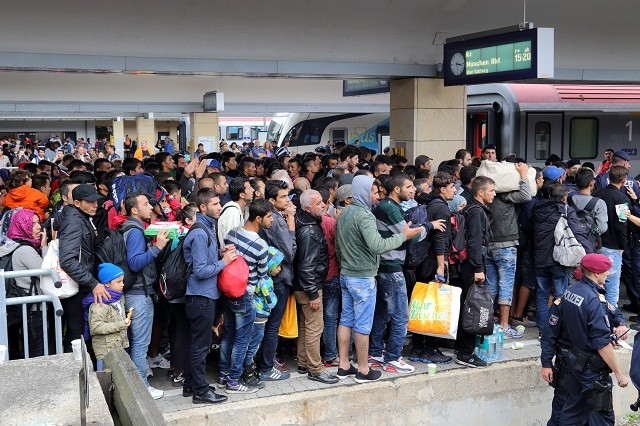 Source: Pew Survey: Out Of 27 Nations Polled, Zero Want More Immigrants to Move to Their Country

Though the lying media in all of our nations act as though everyone opposed to open borders immigration policies are racist bigots, a new Pew Research survey shows not one single major country out of 27 polled wants more immigrants.

As the number of international migrants reaches new highs, people around the world show little appetite for more migration – both into and out of their countries, according to a Pew Research Center survey of 27 nations conducted in the spring of 2018.

In Europe, majorities in Greece (82%), Hungary (72%), Italy (71%) and Germany (58%) say fewer immigrants or no immigrants at all should be allowed to move to their countries. Each of these countries served as some of the most popular transit or destination countries during Europe’s recent surge in asylum seekers. (In several countries, most disapprove of how the European Union has handled the refugee issue.)

People in other countries around the world hold views similar to those in Europe. Large majorities in Israel (73%), Russia (67%), South Africa (65%) and Argentina (61%) say their countries should let in fewer immigrants. In every country surveyed, less than a third say their nation should allow more immigrants to enter.

In recent years, a surge in migration has focused public attention on issues related to this, leading to the rise of political parties that question national immigration policies in some destination countries. More than 2 million migrantshave sought asylum in Europe since 2015. In the Americas, thousands of Central American families and children have sought to enter the United States. (Recently, immigration has declined as an issue of public concern in parts of Western Europe, even as it has remained a top issue in U.S.)

Together, the 27 countries surveyed by the Center have more than half of the world’s international migrants. The U.S., with 44.5 million immigrants in 2017, has the largest foreign-born population in the world, followed by Saudi Arabia (12.2 million), Germany (12.2 million) and Russia (11.7 million).

The 67 million or so recent immigrants already in the US want all their families and extend families to come in through chain migration, that’s why the numbers are so high.

This goes hand and hand with a new report from Gallup showing more than 750 million people worldwide would migrate if they could — with the top destination being the United States. 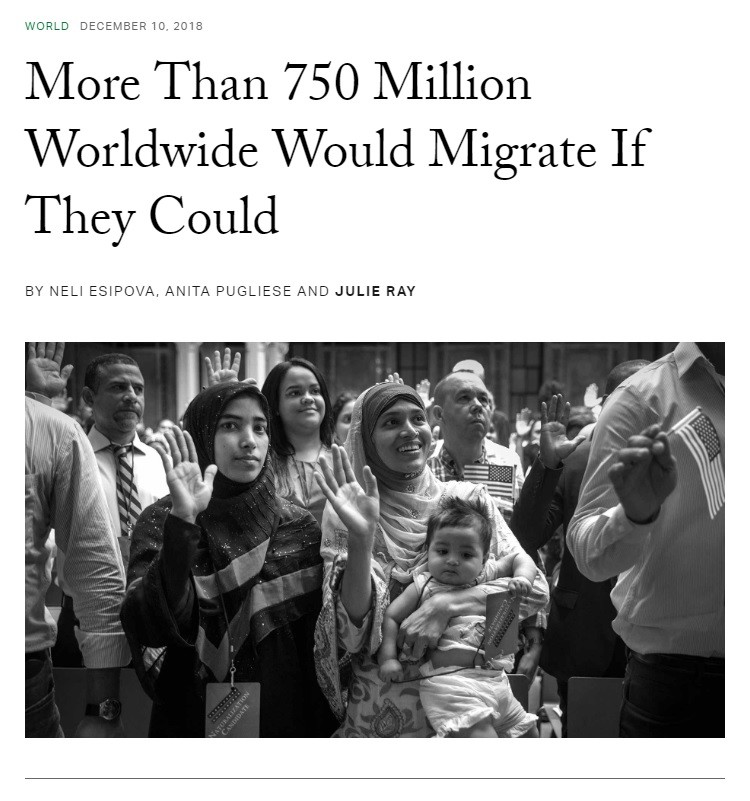 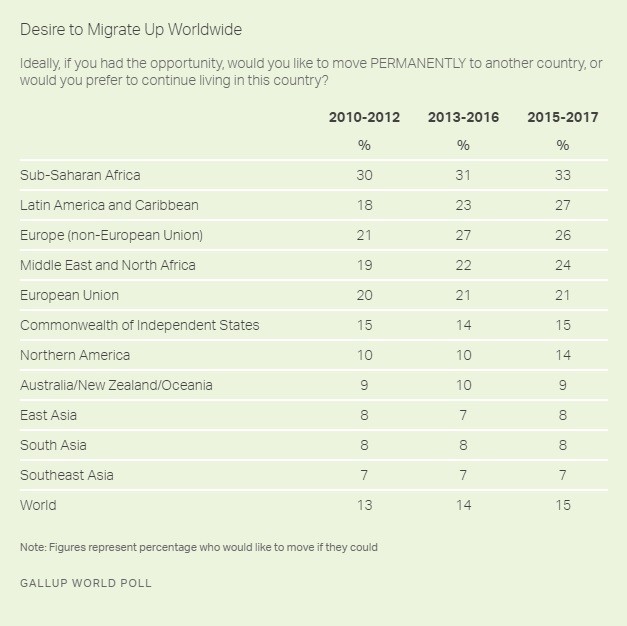 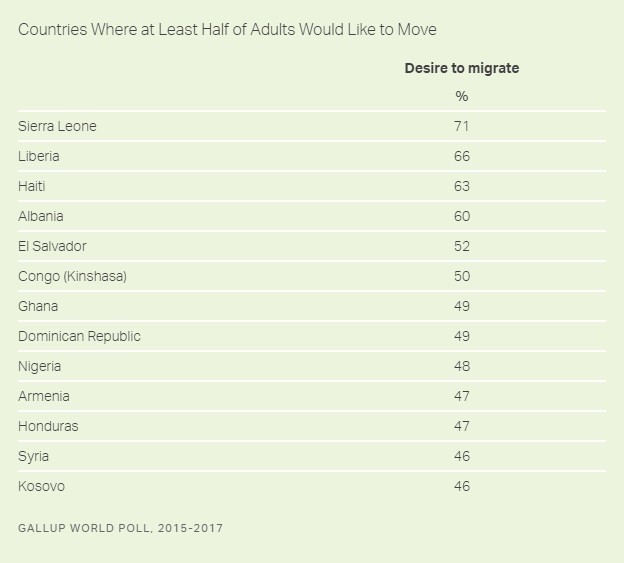 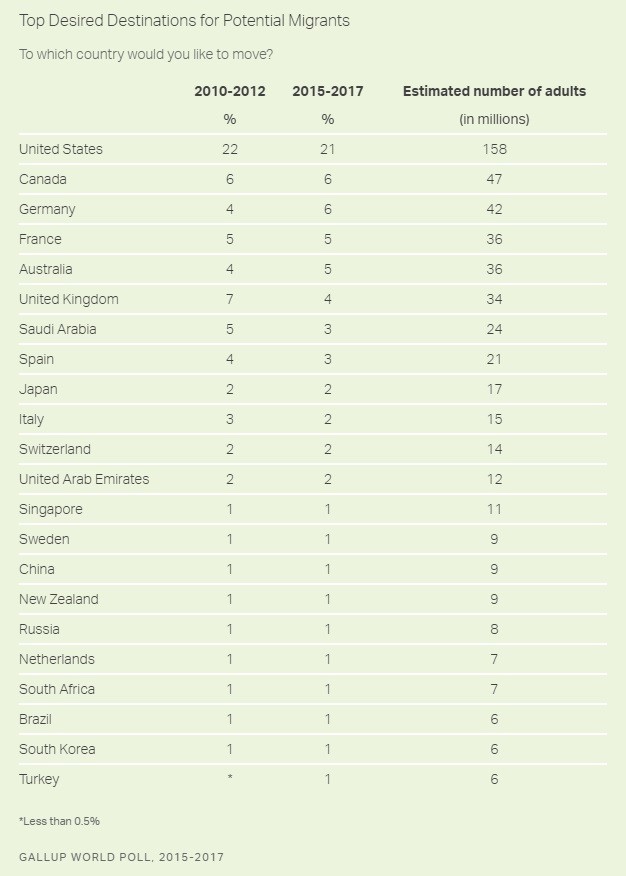 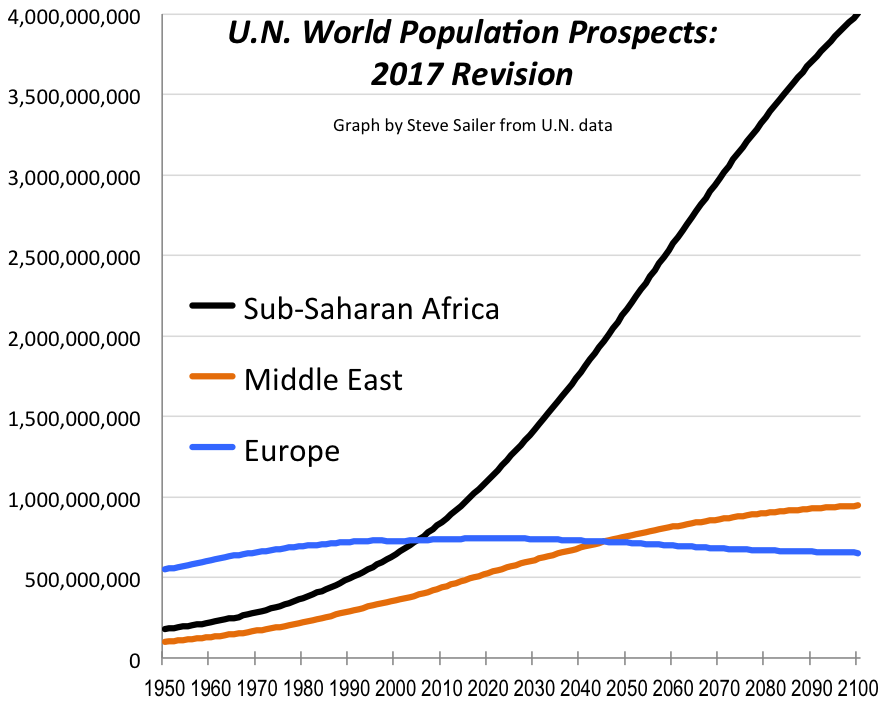 What happens when there is 2 billion Africans and 500 million Middle Easterners begging to be let in to America and Europe?