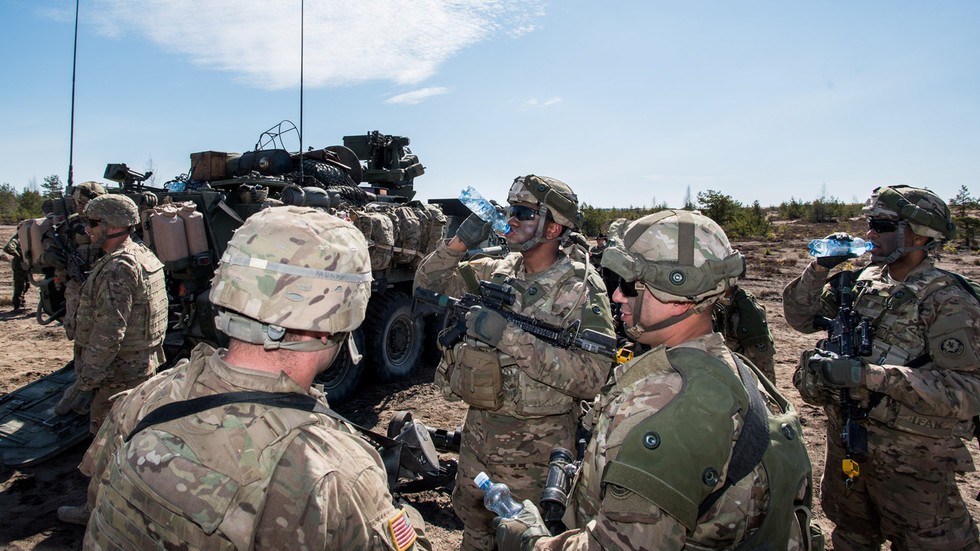 Thousands of US troops and military staff based in Europe have been ordered into self-isolation after at least 35 of them tested positive for Covid-19, further complicating Washington’s power projection across the Atlantic.

Thousands of US troops and military staff based in Europe have been ordered into self-isolation after at least 35 of them tested positive for Covid-19, further complicating Washington’s power projection across the Atlantic.

Some 2,600 European Command (EUCOM) troops and personnel were isolated on Friday in an effort to stem the spread of the lethal virus, following nearly three dozen positive test results. The Defense Department noted that the troops quarantined were not ill, but were isolated as a precaution due to recent travel, among other reasons.

“These individuals are not necessarily sick, but may have been exposed and are doing their due diligence following health preventative measures,” the Pentagon said in a statement.

That number includes those who may have been tested, but not positive, and those who did indeed test positive, which is 35.

EUCOM commander, US Air Force General Tod Wolters, told reporters earlier about the positive tests, adding that all 72,000 of his troops were taking measures to avoid further exposure to the illness.

“We’re preparing for worst-case scenarios with respect to the potential spread,” Wolters said in a teleconference from EUCOM headquarters in Stuttgart, Germany. “For months, we have embraced precautionary measures.”

The Pentagon did not clarify how it planned to isolate the 2,600 personnel, however.

The quarantine comes as several branches of the US armed services struggle to contain the coronavirus, especially on board the crowded Navy vessels. The USS ‘Boxer’ became the first ship to confirm more than one infected sailor earlier this week, prompting the crew to adopt what it called an “aggressive mitigation strategy.”

The virus – which to date has infected some 260,000 and killed more than 11,000 worldwide – has also forced the cancellation or downsizing of several joint US military exercises across Europe and Asia, including NATO’s massive ‘Defender 2020’ drill, as well as operations with the South Korean military.