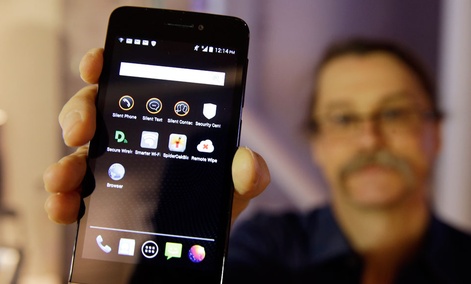 The Defense Department has rolled out supersecret smartphones for work and maybe play, made by anti-government-surveillance firm Silent Circle, according to company officials.

Silent Circle, founded by a former Navy Seal and the inventor of privacy-minded PGP encryption, is known for decrying federal efforts to bug smartphones. And for its spy-resistant “blackphone.”

Apparently, troops don’t like busybodies either. As part of limited trials, U.S. military personnel are using the device, encrypted with secret code down to its hardware, to communicate “for both unclassified and classified” work, Silent Circle chairman Mike Janke told Nextgov.

In 2012, Janke, who served in the Navy’s elite special operations force, and Phil Zimmermann, creator of Pretty Good Privacy (PGP, in short), started Silent Circle as a California-based secure communications firm. The company is no longer based in the United States, ostensibly to deter U.S. law enforcement from seeking access to user records…. http://www.nextgov.com