“I’ve been warning of this since doggie chips first came out. It’s all packaging to get us all chipped and traceable. I would never do it. Lazy people lose freedom.” Korinna A. Müller 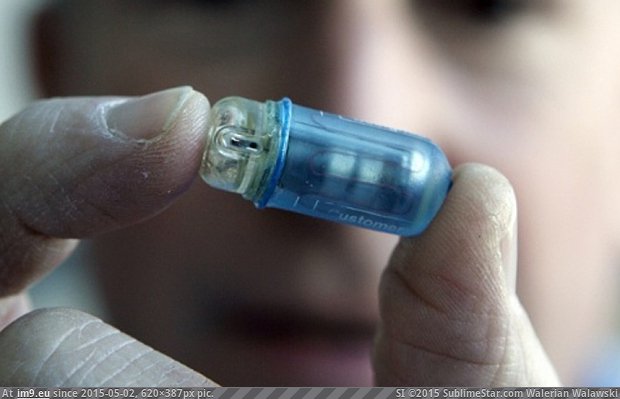 evangelism, Jonathan LeBlanc, states that Paypal is creating “natural body identification” devices to replace passwords, which you either ingest or have injected or embedded into your body.

with batteries powered by stomach acid.

“As long as passwords remain the standard methods for identifying your users on the web, people will still continue to use ‘letmein’ or ‘password123′ for their secure login, and will continue to be shocked when their accounts

with some partners on developing vein recognition technologies and heartbeat recognition bands, and is also working with developers on prototypes of futuristic ID verification techniques.

He said that, by talking about new biometric verification technologies

, PayPal is not necessarily signaling that it’s thinking about adopting them. Rather it hopes to position itself as a “thought leader”.

“I can’t speculate as to what PayPal will do in the future, but we’re looking at new techniques – we do have fingerprint scanning that is being worked on right now – so we’re definitely looking at the identity field,” he said.

, but that passwords as we know them will evolve, and PayPal aims to be at the forefront of those developments.

“We were a founding member of the FIDO alliance, and the first to implement fingerprint payments with Samsung,” the company said a PayPal spokesperson.

“New PayPal-driven innovations such as one touch payments make it even easier to remove the friction from shopping. We’re always innovating

to make life easier and payments safer for our customers no matter what device or operating system they are using.”