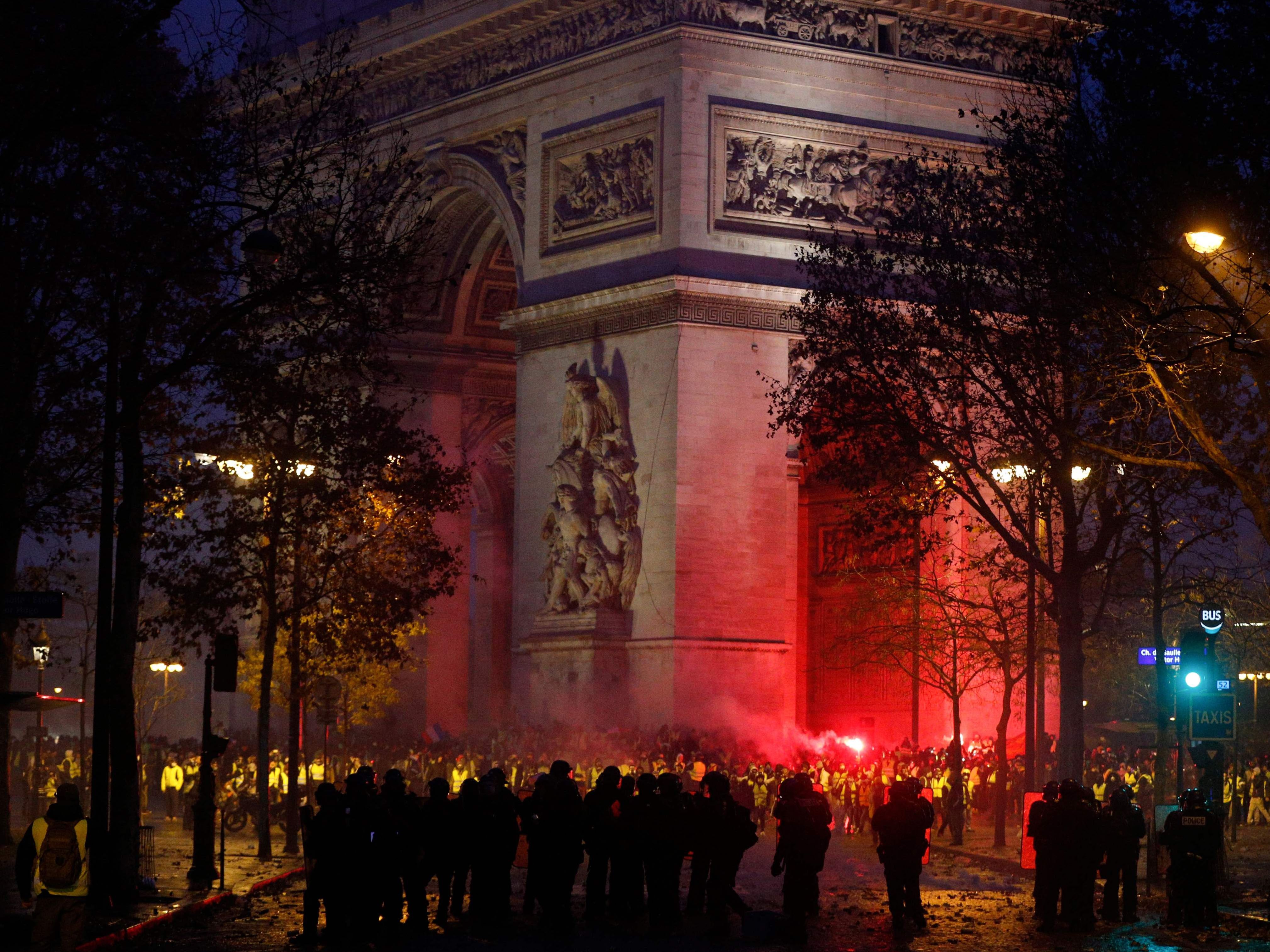 Officials in France fear protests have been infiltrated by far-left, far-right groups. President Emmanuel Macron says he understands the anger, but won’t change the fuel policy for ‘thugs’

PARIS — French riot police fought running battles with “yellow vest” protesters in the streets of Paris, in a third weekend of nationwide unrest against high living costs that pose one of the gravest challenges to Emmanuel Macron’s presidency.

In Paris, police said they had arrested more than 265 people while almost 100 were injured as protesters hurled projectiles at riot officers, burned cars and smashed shop fronts. In some areas, groups of masked men roamed freely, smashing a police van with metal bars and setting trees alight.

Police fired stun grenades, tear gas and water cannon at protesters at the top of the Champs-Elysees boulevard and multiple sites across the city including Opera and Place de la Bastille. More than a dozen metro stations were closed.

“We are in a state of insurrection, I’ve never seen anything like it,” Jeanne d’Hauteserre, the mayor of the 8th city district, near the Arc de Triomphe, told BFM TV.

The popular rebellion erupted out of nowhere on Nov. 17 and spread quickly via social media, with protesters blocking roads across France and impeding access to shopping malls, factories and some fuel depots.

On Saturday, some targeted the Arc de Triomphe, chanting “Macron Resign” and scrawling on the facade of the towering 19th-century arch: “The yellow vests will triumph.”

Prime Minister Edouard Philippe expressed his disgust: “I am shocked by the attacks on the symbols of France. We are committed to dialog, but also respect for the law.”

Macron says he will impose a #StateofEmergency against the #gilletJaunes. The firefighters turned their backs. Now the police remove their helmets to show solidarity with the French people AGAINST Macron.