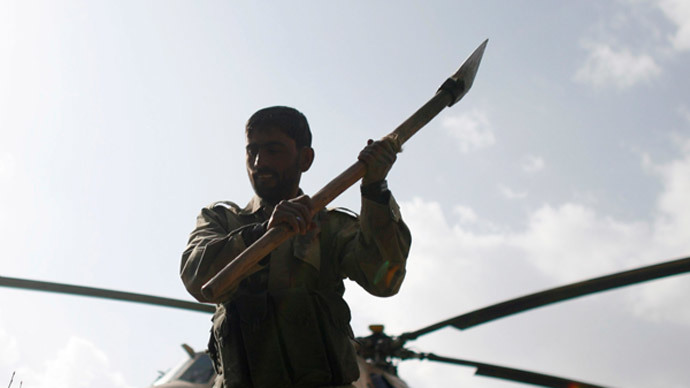 A Pakistani policeman has killed a man in a frenzied ax attack over allegedly blasphemous comments about companions of the Prophet Mohammad. The officer is now under arrest.

The killed man has been identified as Tufail Haider, a Shia Muslim. He was first arrested for reportedly making humiliating remarks about Sahaba (the companions of the Islamic prophet).

“Naveed could not control his emotions. He went into his cell, brought an ax, entered the lock-up and hit Haider’s throat several times,” Shehzad also said.

The detainee died at the scene.

Naveed has been arrested and an investigation has been started against him.

In Pakistan, where the majority of the population is Sunni Muslim, blasphemy is punishable by death. If a case makes it to a court, alleged offenders face a difficult defense, because Pakistan’s vague blasphemy law does not fully define the offense.

Last month, a mentally ill British man who was sentenced to death for blasphemy was shot by a prison guard in his cell.

A local Christian woman, Asia Bibi, is currently awaiting execution after being found guilty of making blasphemous remarks about the Prophet Mohammed.

In the most recent case, a Christian couple has been killed and their bodies burnt down in a brick-making stove for alleged blasphemy. Forty-four people have been arrested in connection with what police described as “a local issue incited by the mullah of a local mosque.”