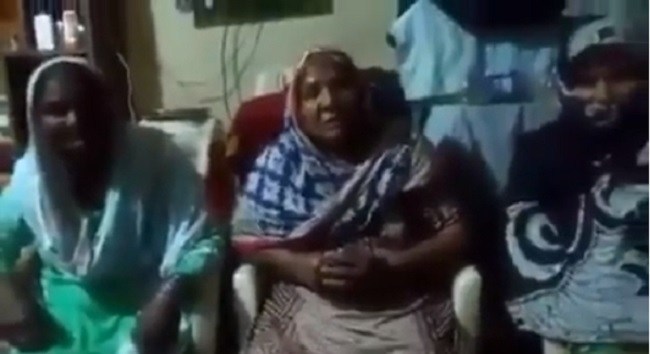 Religious discrimination against minorities while distributing rations during coronavirus outbreak has been reported from many parts of Sindh. | OpIndia News

“They did not give us ration and said that you will get ration only after you will chant ‘La Ilaha Il-Allah Muhammadur Rasul Allah’. We told them that we will not chant. They denied us ration and asked us to leave,” said a Christian woman.

The shocking act of discrimination against minorities continues unabated in the terrorist state of Pakistan even at the time of global epidemic as certain families belonging to the religious minority communities have been denied ration.

According to the reports, the religious minorities, especially Hindus and Christians, are facing extreme discrimination in Pakistan during the ongoing global pandemic coronavirus crisis. It is being alleged Hindus and Christian minorities are not being given food supplies by authorities, claiming that they are meant for the Muslims.

In one such incident, while distributing ration to needy people in Karachi’s Korangi area, inhabitant Christians were allegedly forced to recite “Kalma Tayyaba” as a pre-condition to get ration from the local administration. As they refused, the Christians were denied the required essentials.

“Kalma Tayyaba” is the basic tenet of Islam. Reciting the holy verse is mandatory for Muslims and anyone embracing or being converted to Islam recites Kalma Tayyaba.

“They did not give us ration and said that you will get ration only after you will chant ‘La Ilaha Il-Allah Muhammadur Rasul Allah’. We told them that we will not chant. They denied us ration and asked us to leave,” said a Christian woman.

Hindus and Christians have allegedly been informed that they are not eligible for food supplies since it was only meant for Muslims. Hindus in Liyari, Sachal Ghoth and other parts of Karachi as well as all over Sindh are reportedly being denied a share in government food and rations as they belong to minority communities.

The Sindh Government had issued orders to local NGOs to distribute ration to poor daily-wage workers and labourers. However, the Hindus and Christians were singled out and denied their fair share of the ration by a Karachi-based NGO, Saylani Welfare Trust.

Meanwhile, the total number of coronavirus cases in Pakistan has sharply increased to 4194 while the death toll has reached 60.