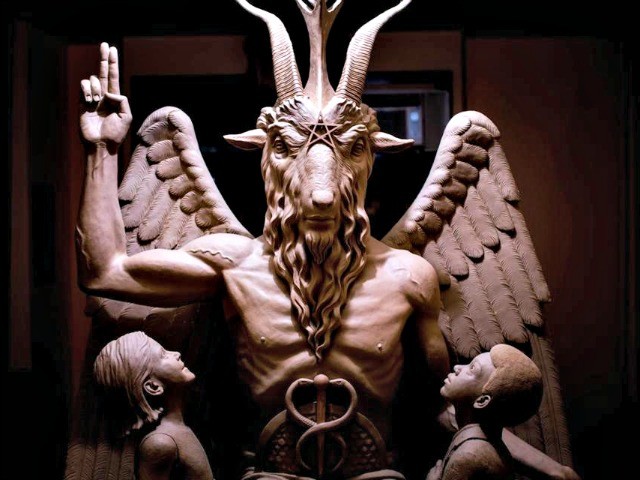 A Pennsylvania school board voted Tuesday against establishing an “After School Satan Club” at an elementary school in its district.

he Northern York County School Board in Pennsylvania shot down the idea of implementing the club at Northern Elementary School by a vote of eight to one after a parent in the district named Samantha Groome proposed the club to the board, WPMT reported. The school’s principal had already rejected the program, but “the club was tabled for a probationary vote” at Tuesday’s meeting, Fox News noted.

Does your child’s school need an after-school club as an alternative to the Good News Club or other religious clubs? After School Satan Club (ASSC) is back! https://t.co/meoLJJsYiE #EducatinWithSatan #ASSC #AfterSchoolSatan #TheSatanicTemple pic.twitter.com/8ihCDLlQPM

“There is a lot of evil already in this world, so to allow it to come into our school and our community is not OK,” said parent, Laura Vangeli, according to WHP.

“I never thought anything like this would come to the district … I don’t want my son to be exposed to anything of the sort,” mother Amy Wintermyer told WPMT.

The Satanic Temple (TST) operates the “After School Satan Club” and four such programs are already up and running at schools across the nation, according to WPMT. On its website page with the sub-heading “Educatin’ with Satan,” TST states the club “is an after school program that promotes self-directed education by supporting the intellectual and creative interests of students.”

The After School Satan Clubs meet at select public schools where Good News Clubs also operate. Trained educators provide activities and learning opportunities, which students are free to engage in, or they may opt to explore other interests that may be aided by available resources. The environment is open and parents are welcome to participate. While the classes are designed to promote intellectual and emotional development in accordance with TST’s tenets, no proselytization or religious instruction takes place.

“I’m hoping that with our presence, people can see that good people can have different perspectives, sometimes on the same mythology, but not mean any harm,” TST spokesman Lucien Greaves told Fox News.

Greaves asserted that the Northern York County School Board “does not have the authority to decide which religious organizations they prefer holding after-school clubs and which one[s] they don’t,” according to WHP.

“If they deny us the use of a public facility, which they have no right to do it’ll have to move into litigation, costly litigation that the community is going to have to pay for,” he told WPMT.

In 2019, TST announced it had been recognized as a tax-exempt “church” by the Internal Revenue Service (IRS), as Breitbart News noted.

In January, the Moline-Coal Valley School District in Illinois released a statement regarding a flyer advertising the “After School Satan Club” to students at Jane Addams elementary school, as Breitbart News reported. In its statement, the district said the decision to establish the program at the school stemmed from “equal access” and noted TST is a “religious-affiliated” group.

Superintendent Rachel Savage also released a statement that suggested a potential lawsuit loomed if the program was “illegally” denied.