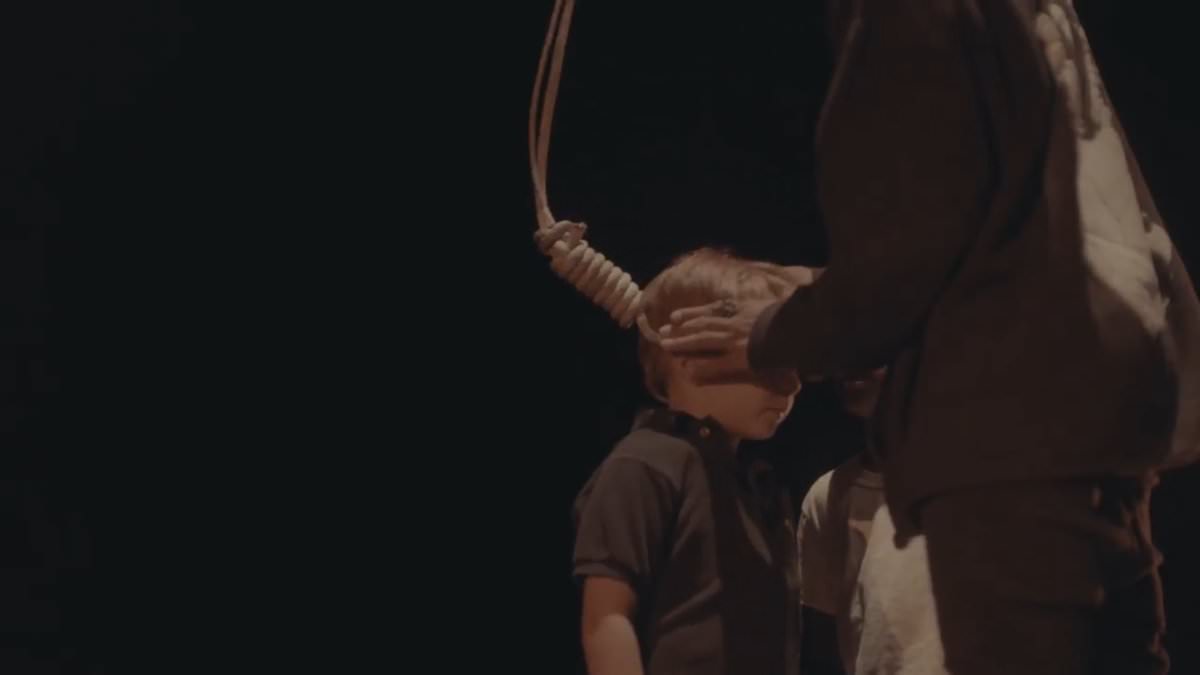 In a newly released music video titled ‘Look At Me!’, ‘woke’ rapper XXXTentacion depicts himself hanging a white child. The shocking scene has sparked global outrage.

Paul Joseph Watson of Infowars breaks down the video:

The rapper is then seen hanging from a tree while he makes references to the murders and beatings of Emmett Till, Philando Castile, Rodney King, as well as the recent violence in Charlottesville.

Before going on a long monologue about racial injustice, the scene cuts to two children, one white one black, being led towards a noose. XXXTentacion then puts the noose over the white boy’s head before pulling on another rope and hanging him. The boy is seen writhing around as the black child looks up at him.

Below is the entire music video. 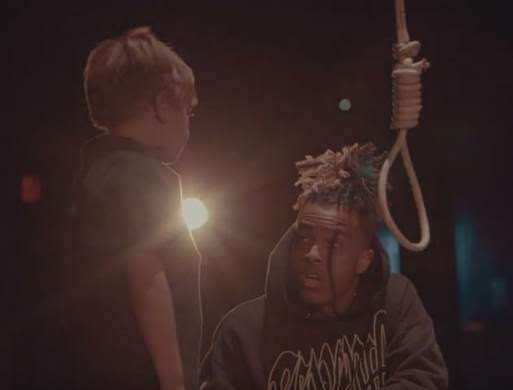 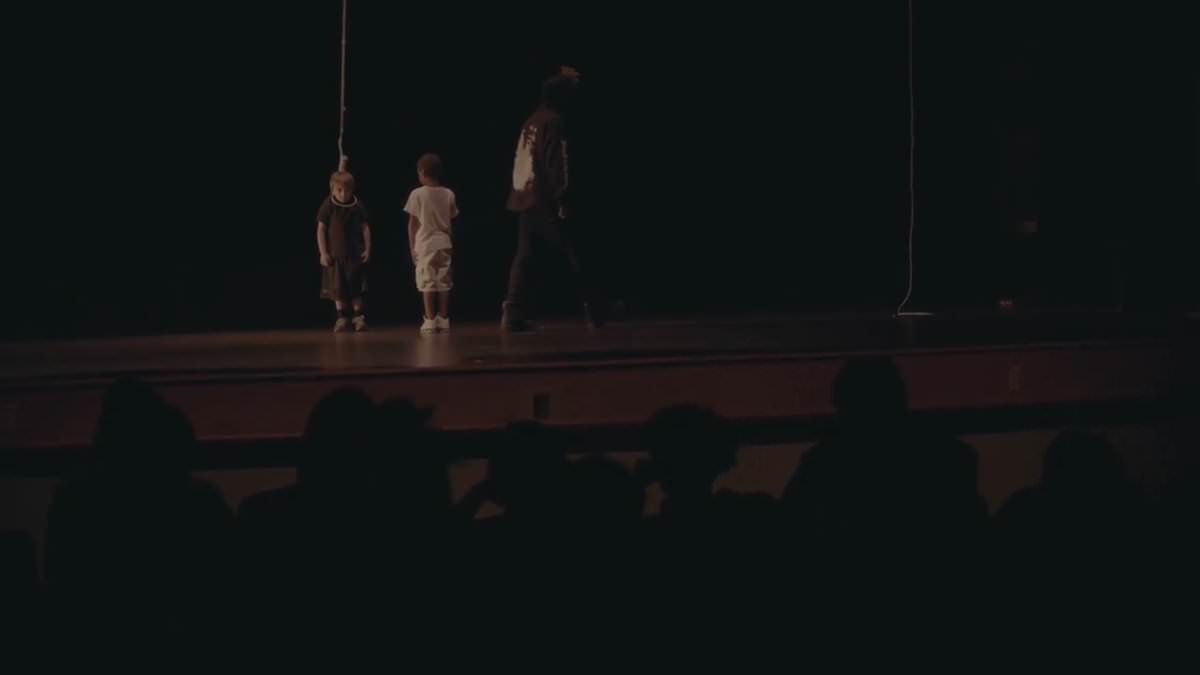 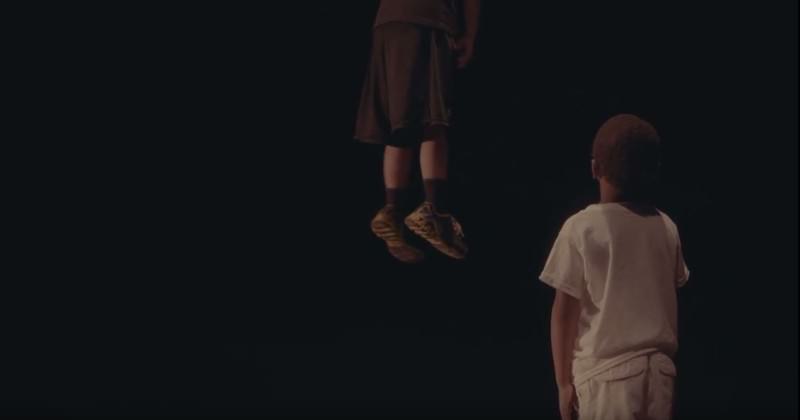 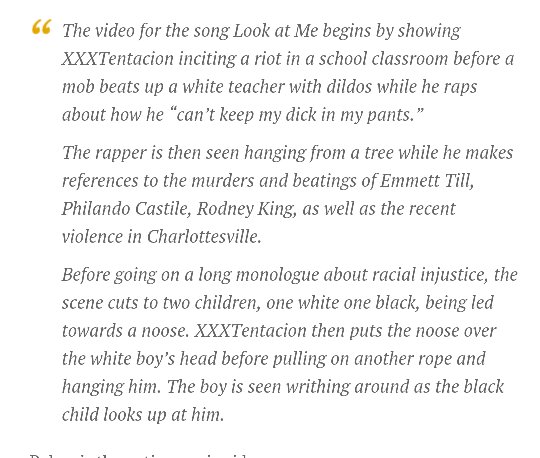 Amazingly, the video has reportedly NOT been demonetized by Google-owned YouTube.