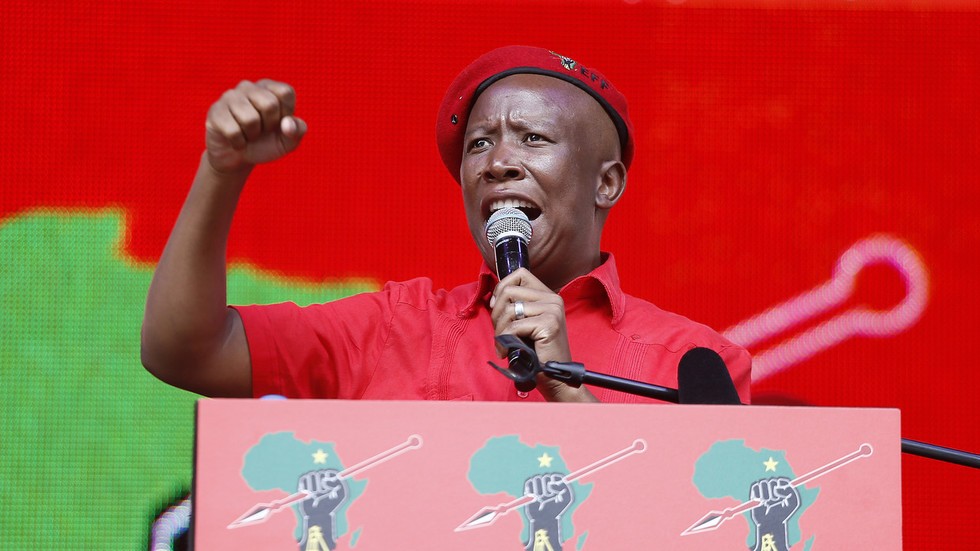 South African politician Julius Malema has sparked outrage following the approval of a National Action Plan against racism, saying he doesn’t want the white population killed – he just wants them to serve the black population.

“I don’t want blacks to work for whites. I want you to work for yourselves and white people will work for you. That will be true freedom,” said Malema, who leads the Economic Freedom Fighters (EFF), the country’s third largest political party. He has twice been convicted of hate speech and inciting violence against whites, and founded the EFF after being expelled from the African National Congress in 2012.

“Our Parliament, while it looks black, is controlled by white money and can’t make laws to serve our interest. Why?” wondered Andile Mngxitama, president of the Black First Land First Party, in a heated debate on RT. “We want to end the system which is constructed today of white people on top, oppressing and exploiting black people.”

“We construct a new society which takes care of black people without oppressing white people. In fact, white people can even leave if they want to!” Mngxitama argued. Under the current system, however, “I own nothing… We can’t even make laws that say we must take the land.”

“The idea they are forced into lower positions is ridiculous,” Notelovitz claimed, pointing out that the government “gives them opportunities through black economic empowerment” and preferred placement in universities. “This is not a white supremacist system; it is not a white-dominated system.”

Source: Outrage in South Africa after politician says Whites should be Enslaved by Blacks | EUTimes.net