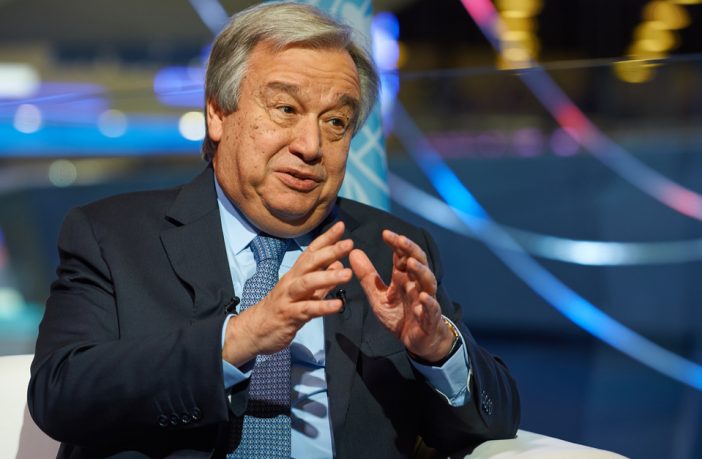 EU member-states must cede the power to restrict immigration to technocrats in Brussels because the continent “has been enriched throughout its history by diversity”, according to the Secretary-General of the UN Antonio Guterres.

Upon receiving the pro-globalist, anti-national sovereignty Charlemagne Prize which in past years has been awarded to anti-nationalist figures like Angela Merkel, Pope Francis, and Emmanuel Macron, Mr. Guterres began his acceptance speech by warning the crowd that many Europeans were “turning inward, mired in the memory of a golden age that probably never was”.

Throughout his speech which was full of moral grandstanding, he asserted, “Assimilating several cultures [s]and legacies was the starting point of European culture,” while pointing out that the Charlemagne Palace of Aachen “borrowed several elements of Roman and Byzantine civilization”.

According to Mr. Guterres, European simply cannot “protect [the continent’s]rich heritage” unless they consent to relentless waves of mass immigration from the third world, commit to reducing carbon emissions to zilch by 2050, and meet “the [UN] 2030 Agenda and its Sustainable Development Goals”, which seeks to implement cultural Marxist doctrine like equality of outcome based on gender, unchecked abortion laws, and the promotion LGBT lifestyles to young children.

The idea of Europe “cannot be premised on ‘us’ versus ‘them” mentality, the Portuguese politician lectured, adding that there exists “no alternative” other than to open Europe’s borders to the third world. He also alleged that “closing our doors to asylum seekers does not protect but shame this heritage”.

“All societies tend to be, or are already, multi-ethnic, multi-cultural, and multi-religious. This must be considered as a richness, not as a threat,” Guterres insisted, before demanding Brussels tear down EU nation states’ external frontiers and force taxpayers to send money to the Global South in order to achieve a “balanced [immigration]approach addressing the root causes of migration while preserving the rights and dignity of migrants”.

During his address, the Secretary-General emphasized what he referred to as the three unprecedented challenges” which “knock on our doors” at “this time of great geopolitical disorder”: xenophobic “hate speech” which is “fueling terrorism through social media”, human-created climate change, and mass immigration.

The dangers posed by radical Islamic terrorism were never mentioned during the speech. However, he did warn that “the Human Rights agenda has been losing ground to the national sovereignty agenda”.

Source: “Open borders are the source of Europe’s strength”, says the UN Secretary-General – Voice of Europe