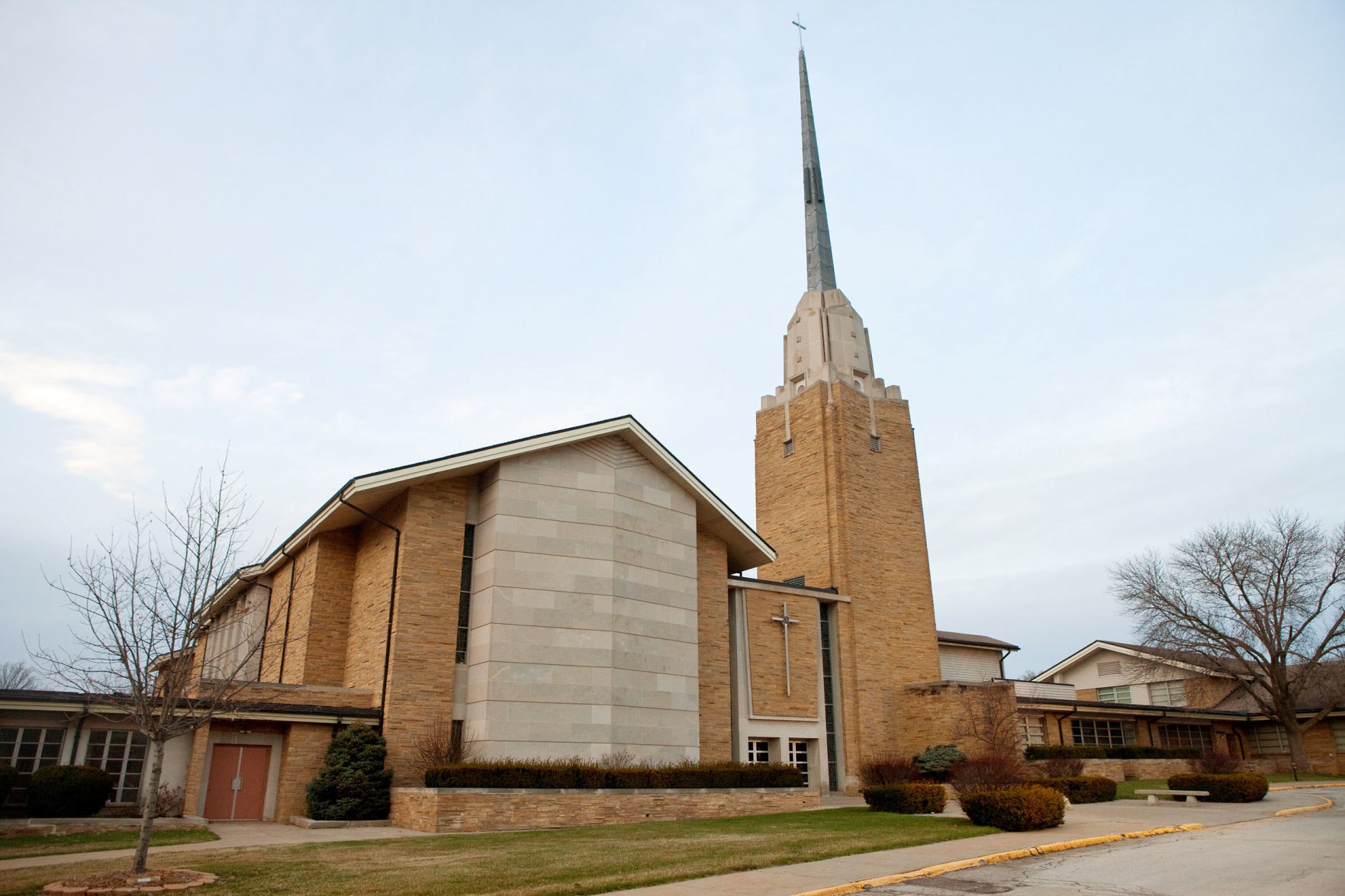 Eight middle schoolers wrote a statement decrying a ban on gay marriage and clergy, saying they will wait to see what the congregation decides to do about the ban before

The confirmation class at First United Methodist Church in Omaha wanted to take a stand against the denomination’s longtime ban on same-sex marriage and gay clergy.

So when it came time to join the church on Sunday — the traditional end to a yearlong exploration of their faith — the class, made up of eight middle-schoolers, said no.

Their decision was in response to a vote at February’s United Methodist General Conference in St. Louis affirming the denomination’s rules against ordination of gay clergy and performing same-sex weddings on church property. U.S. delegates to the conference, for the most part, favored a modification of the rules that would give individual churches the right to decide, but others from Africa and Russia pushed the vote to retain the churchwide ban. The church’s Judicial Council has since upheld the ban.

“Most of us started the confirmation year assuming that we would join the church at the end. But with the action of the General Conference … we are disappointed about the direction the United Methodist denomination is heading,” the statement said. “We are concerned that if we join at this time, we will be sending a message that we approve of this decision. We want to be clear that … we believe that policies on LGBTQ+ clergy and same-sex marriage are immoral.”

The stance is consistent with that of First United as a whole. The First United Methodist Church council voted on April 2 to allow both its clergy and others to perform same-sex weddings on church property in defiance of the ongoing ban.

The Rev. Kent Little, the church’s senior pastor, said the confirmation class statement was written entirely by the kids without help from teachers or others. He said that to the best of his knowledge, they’re the only confirmation class anywhere to make such a move after the General Conference decision.

“I have led confirmation classes and every once in a while you would have one or two (students) who said they were not ready to join the church, but never whole classes,” he said. “In my opinion, it was a very faithful and mature decision. It’s not an easy thing to do when tradition is to confirm your faith at that point.”

The statement has gotten widespread attention on social media, so Little thinks he would have heard about it if a confirmation class elsewhere had done something similar. He said none of the eight students had agreed to media interviews so far. 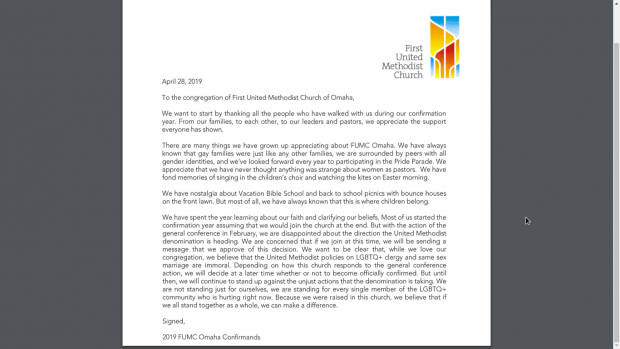