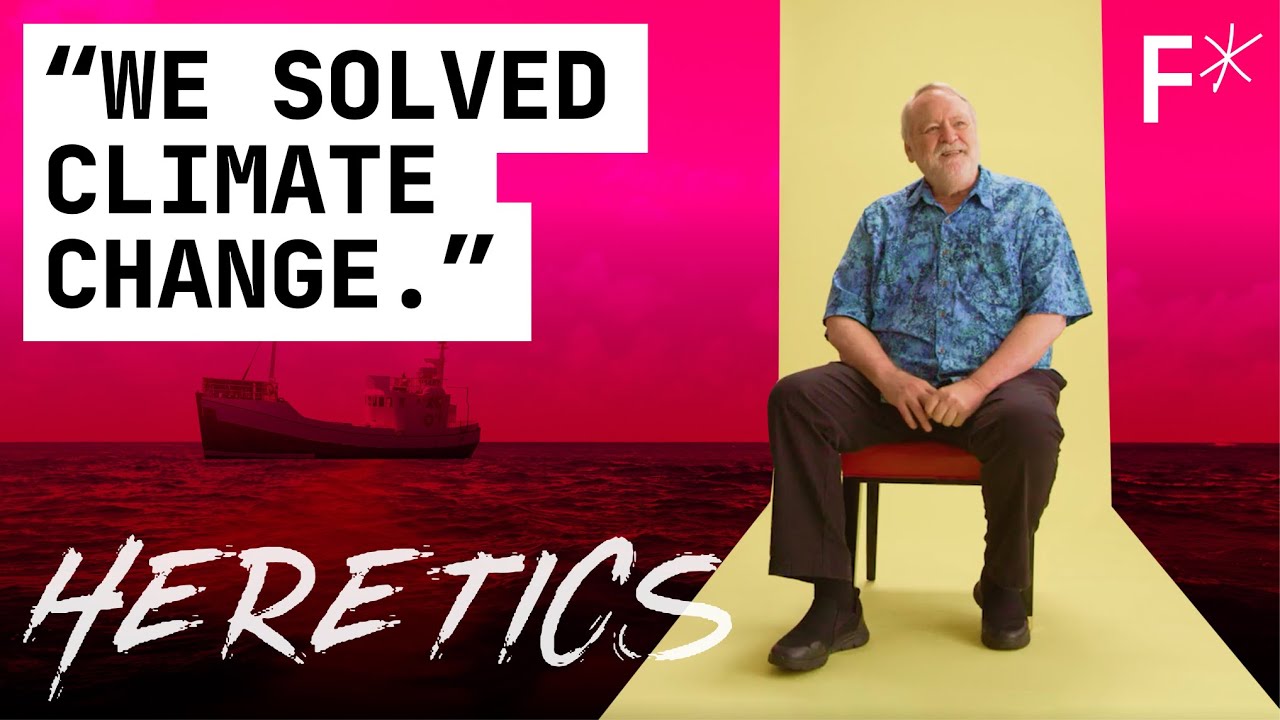 This “rogue” ocean hacker says the solution to climate change is easy & cheap — so why are governments trying to stop him?

Is adding iron to the ocean a safe way to grow plankton blooms that capture masses of carbon dioxide?

That’s the claim of rogue geoengineer Russ George, who put 120 tons of iron into the ocean in a controversial experiment in 2012.

George explains that instead of climate change solutions that would cost trillions of dollars and take decades, iron fertilization of the oceans would cost millions and take mere years. However, geoengineering is a controversial and unregulated domain. Heretic or hero—what do you think? Here is some further reading on iron fertilization:

The climate renegade ► https://www.vox.com/the-highlight/201… Engineering the Ocean ► https://aeon.co/essays/can-tiny-plank… The Complicated Role of Iron in Ocean Health and Climate Change ► https://www.smithsonianmag.com/scienc…