Ocasio-Cortez tells Hannukah celebration she is descended from Sephardic Jews 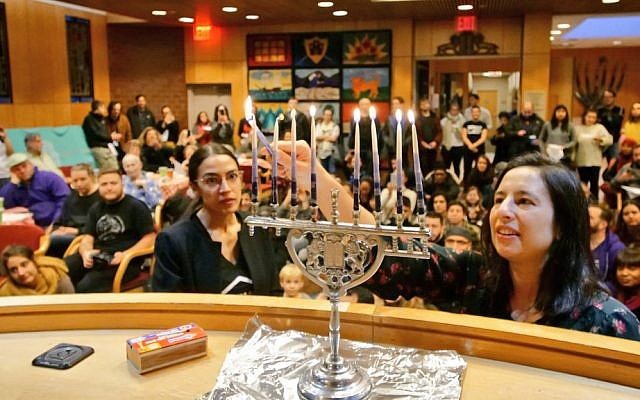 Alexandria Ocasio-Cortez told the audience at a Hannukah celebration on Sunday evening that she is descended from Sephardic Jews who fled Spain during the Inquisition.

At the event organized by Jews for Racial and Economic Justice in Queens, New York, the newly elected Democratic congresswoman described how Jews fleeing persecution arrived in Puerto Rico, where cultures would blend and some outwardly practicing Catholics would also keep a menorah at home.

“One of the things that we discovered about ourselves is that a very long time ago, generations and generations ago, my family consisted of Sephardic Jews,” she said. MORE AT SOURCE