Obama’s War on the Rule of Law 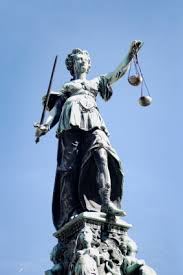 Evidence that the growth of government is a one-way ratchet continues to mount in Washington, where President Obama’s pieties about abiding by the rule of law are eclipsing “one word: plastics” as a punch line.

The day after he was inaugurated, Obama promised that the rule of law would be a touchstone of his presidency. Apparently this was not a solemn vow but rather a sop to those liberals and progressives who had fumed over the Bush administration’s traducing of the Constitution. For eight years the printing presses of the left had been smoking with the heat generated by articles such as “Bush’s War on the Rule of Law” (Harper’s), “Cheney’s Law” (PBS) and others far too numerous to list.

The brief against Bush encompassed numerous charges: his use of signing statements to provide a pretext for disregarding parts of certain legislation; the indefinite detention without trial of suspected enemy combatants in Camp Delta at Guantanamo Bay; the use of military tribunals; the Patriot Act; his administration’s use of warrantless wiretapping and extraordinary rendition; the use of national-security letters to comb through private information; and so on. Policies such as these “evoked the specter of tyranny,” put America on the slippery slope to fascism, and were generally bad for children and other living things.

With Obama’s election, the nation supposedly said goodbye to all that. The clouds broke, the fog lifted, and the sunlight of civil liberties once again bathed the nation in its golden hue. Except: Nothing like that happened. Instead, the Obama administration adopted every single one of the policies listed above. Some of the more principled progressives have voiced outrage and a sense of betrayal. The more partisan types have politely averted their gaze.
But Obama has not confined his disdain for the rule of law to the Bush inheritance. He has carved out new realms for it.

Take Libya. The president started a war—or “kinetic military action”—without bothering to give Congress formal notification. The War Powers Resolution says a president may do something like that in exigent circumstances, but the action must be limited to 60 days. The administration has blithely let the deadline pass.

Last week, Virginia Democratic Sen. James Webb gave a stirring call to accountability: “Was our country under attack, or under the threat of imminent attack? Was a clearly vital national interest at stake? Were we invoking the inherent right of self-defense as outlined in the United Nations charter? Were we called upon by treaty commitments to come to the aid of an ally? Were we responding in kind to an attack on our forces elsewhere? … Were we rescuing Americans in distress? … No, we were not.” The administration ignored Webb, too. Say what you will about the Bush administration’s invasion of Iraq, at least he got congressional assent before launching it.

But that is not all. Consider the many waivers the administration has granted—around 1,500, though it is hard to keep up when the precise number grows so fast—to ObamaCare. Many of them—unions and the AARP, which supported ObamaCare, now have waivers from it—bear a distinctly political tinge. None of them bears the color of legitimacy: The Patient Protection and Affordable Care Act contains no statutory provision for the granting of waivers to itself. Neither has the administration offered any rationale for the approval or denial of waivers, despite its claims to transparency, and FOIA requests, and lawsuits.

But that is not all, either: Remember how the administration gave precedence to the United Auto Workers’ claims upon Chrysler over the claims of the company’s secured creditors—a direct contravention of U.S. bankruptcy law. Or how it mau-maued BP into creating a government-administered compensation fund in advance of any judgments against it. Or its Orwellian reinterpretation of labor law to stop Boeing from moving a plant from Washington state to South Carolina.

Critics on the right accuse the administration of socialism, but its economic approach more closely resembles fascism properly understood—in which the means of production are privately owned but business decisions are centrally made through a policy of dirigisme. Socialism and fascism are incendiary words, tossed about by people who are upset that they have not gotten their way. That does not render them entirely inapplicable.

Rulebooks, of course, are for losers. Nobody winning a big hand at poker demands that everyone stop to make sure they’re playing according to Hoyle. Hence when Bush won the White House, Democrats rediscovered their constitutional scruples; with Obama in office, Republicans have rediscovered theirs. A pity that so many care about the rules only when they’re in no position to enforce them.