Skip to content
Uncategorized
August 1, 2014 Q
President Barack Obama took his criticism of congressional Republicans to a higher pitch on Wednesday, imploring them to “stop just hatin’ all the time” as they voted to sue him over charges he has overstepped the bounds of his office.

In a party-line, 225-201 vote, the House of Representatives authorized the Republican-drafted lawsuit, which will focus on unilateral changes Obama has made to the Affordable Care Act, his signature health care law. All Democrats and five Republicans opposed the measure.

“This isn’t about Republicans and Democrats, it’s about defending the Constitution that we swore an oath to uphold,” said House Speaker John Boehner. 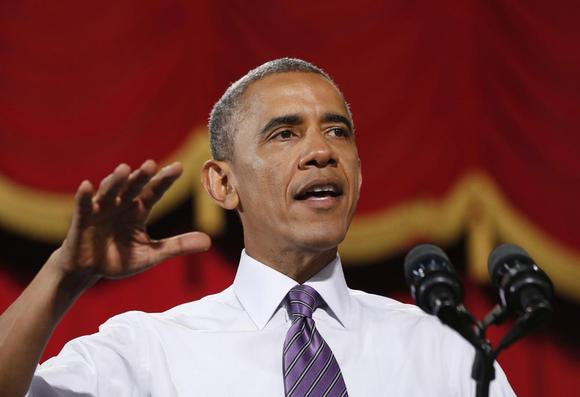