On every occasion when asked on forms If he has children and name and address if so he leaves it blank.

Obama senior was desperate to stay in USA, very improbable he would lie and jeopardize his chance of Immigration granting his request to stay.

Also Obama senior must have known it could work in his favour if he alerted the immigration dept he had a USA newborn dependant.

But he does not mention him ever. 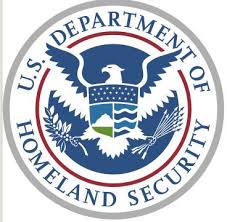 Only mentions in additions which are hand written memos that are very suspicious as they are not official forms and were withheld until recently and are additions.

Plus if the handwritten memos are genuine then Dept of Immigration knew Obama Sr had lied on his application, yet Memo’s don’t not make any mention of this and forms stayed the same all these years.

This is highly unlikely, dept of immigration would have not filed away forms they knew to be fraudulent , containing incorrect information on them.

So what does this suggest?
Officially there is no record Obama senior  fathered Obama Jr.

Use the Arrow buttons to browse through this 182 page document from the Dept. of homeland security from a freedom of information request.
FOIA Release: Records Relating to Barry Soetoro/Stanley Ann Dunham/Barack Obama Sr./Lolo Soetoro – Departme…