This latest executive order will allow the soviet socialists in our local communities through their committees to adopt and enact United Nations regulations designed to establish absolute United Nations’ control over our every resource. The laws of the United States, individual states, counties, cities, and local municipalities, under our Constitution must be legislated. These executive ordersbypass the legislative process and essentially nullify our representative form of government under the guise of allowing us to voice our opinion in reference to new regulation rather than enforce our will through elected representation. If one examines these three executive orders closely, Obama’s agenda becomes clear. The international socialists, known as the United Nations, are worming their way into our political system at every level. Through the local socialist committees that will be assembled, local commissars will be elected. 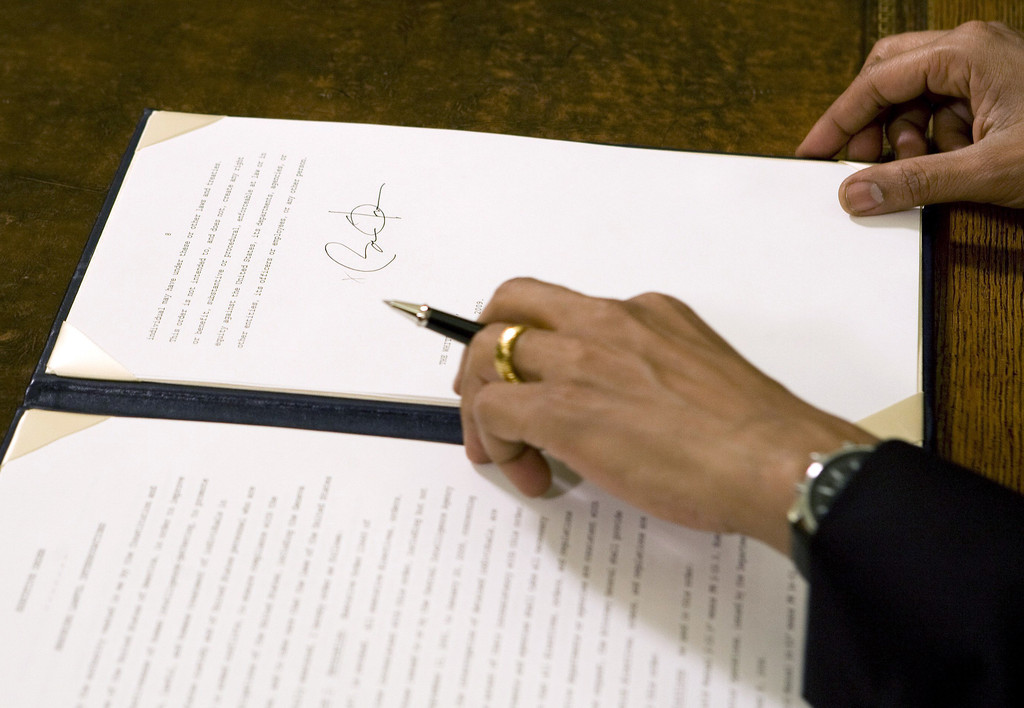 These commissars, working in coalition with state and local agencies and sovereign nations/Indian Tribes, will attempt to initiate UN dictatorship over our lands, both private and public. And through regulation of the land, they will attempt to establish dictatorial control over the actions of we the people.

This is a sneak attack and it will not be publicized in the mainstream media. You will know these words are true when you see the soviet socialists in your area seizing control over your public and private lands using regulatory powers derived directly from the United Nations Agenda 21.

By the authority vested in me as President by the Constitution and the laws of the United States of America, and in order to promote international regulatory cooperation, it is hereby ordered as follows:

Section 1. Policy. Executive Order 13563 of January 18, 2011 (Improving Regulation and Regulatory Review), states that our regulatory system must protect public health, welfare, safety, and our environment while promoting economic growth, innovation, competitiveness, and job creation. In an increasingly global economy, international regulatory cooperation, consistent with domestic law and prerogatives and U.S. trade policy, can be an important means of promoting the goals of Executive Order 13563.

The regulatory approaches taken by foreign governments may differ from those taken by U.S. regulatory agencies to address similar issues. In some cases, the differences between the regulatory approaches of U.S. agencies and those of their foreign counterparts might not be necessary and might impair the ability of American businesses to export and compete internationally. In meeting shared challenges involving health, safety, labor, security, environmental, and other issues, international regulatory cooperation can identify approaches that are at least as protective as those that are or would be adopted in the absence of such cooperation. International regulatory cooperation can also reduce, eliminate, or prevent unnecessary differences in regulatory requirements.

(ii) examine, among other things:

(A) appropriate strategies for engaging in the development of regulatory approaches through international regulatory cooperation, particularly in emerging technology areas, when consistent with section 1 of this order;

(B) best practices for international regulatory cooperation with respect to regulatory development, and, where appropriate, information exchange and other regulatory tools; and

(C) factors that agencies should take into account when determining whether and how to consider other regulatory approaches under section 3(d) of this order.

(d) To inform its discussions, and pursuant to section 4 of Executive Order 12866, the Working Group may commission analytical reports and studies by OIRA, the Administrative Conference of the United States, or any other relevant agency, and the Administrator of OIRA may solicit input, from time to time, from representatives of business, nongovernmental organizations, and the public.

(e) The Working Group shall develop and issue guidelines on the applicability and implementation of sections 2 through 4 of this order.

(f) For purposes of this order, the Working Group shall operate by consensus.

Sec. 3. Responsibilities of Federal Agencies. To the extent permitted by law, and consistent with the principles and requirements of Executive Order 13563 and Executive Order 12866, each agency shall:

(a) if required to submit a Regulatory Plan pursuant to Executive Order 12866, include in that plan a summary of its international regulatory cooperation activities that are reasonably anticipated to lead to significant regulations, with an explanation of how these activities advance the purposes of Executive Order 13563 and this order;

(b) ensure that significant regulations that the agency identifies as having significant international impacts are designated as such in the Unified Agenda of Federal Regulatory and Deregulatory Actions, on RegInfo.gov, and on Regulations.gov;

(c) in selecting which regulations to include in its retrospective review plan, as required by Executive Order 13563, consider:

(i) reforms to existing significant regulations that address unnecessary differences in regulatory requirements between the United States and its major trading partners, consistent with section 1 of this order, when stakeholders provide adequate information to the agency establishing that the differences are unnecessary; and

(ii) such reforms in other circumstances as the agency deems appropriate; and

(d) for significant regulations that the agency identifies as having significant international impacts, consider, to the extent feasible, appropriate, and consistent with law, any regulatory approaches by a foreign government that the United States has agreed to consider under a regulatory cooperation council work plan.

Sec. 4. Definitions. For purposes of this order:

(b) “International impact” is a direct effect that a proposed or final regulation is expected to have on international trade and investment, or that otherwise may be of significant interest to the trading partners of the United States.

(c) “International regulatory cooperation” refers to a bilateral, regional, or multilateral process, other than processes that are covered by section 6(a)(ii), (iii), and (v) of this order, in which national governments engage in various forms of collaboration and communication with respect to regulations, in particular a process that is reasonably anticipated to lead to the development of significant regulations.

(f) “Significant regulatory action” shall have the same meaning as in section 3(f) of Executive Order 12866.

Sec. 5. Independent Agencies. Independent regulatory agencies are encouraged to comply with the provisions of this order.

Sec. 6. General Provisions. (a) Nothing in this order shall be construed to impair or otherwise affect:

(i) the authority granted by law to a department or agency, or the head thereof;

(iv) the authorization process for the negotiation and conclusion of international agreements pursuant to 1 U.S.C. 112b(c) and its implementing regulations (22 C.F.R. 181.4) and implementing procedures (11 FAM 720);

(vi) the functions of the Director of OMB relating to budgetary, administrative, or legislative proposals.

(b) This order shall be implemented consistent with applicable law and subject to the availability of appropriations.

(c) This order is not intended to, and does not, create any right or benefit, substantive or procedural, enforceable at law or in equity by any party against the United States, its departments, agencies, or entities, its officers, employees, or agents, or any other person.