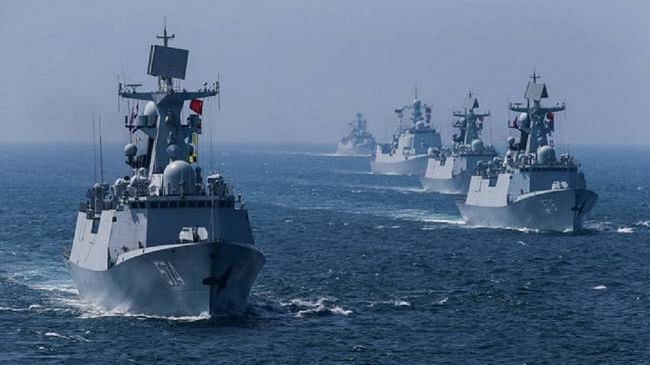 In moves reminiscent of the gradual activation of its nuclear arsenal, Russia moved three nuclear-capable Tu-160 strategic bombers near the border with Finland and three MiG-31s ​​with Kh-47M2 Kinzhals in Kaliningrad.

Both of these weapons can carry nuclear warheads and the question is whether Moscow is gradually preparing to implement a nuclear plan.

Equally worrying is the fact that a Squadron of eight warships from Russia and China was spotted operating off Alaska in the US EEZ. This is an unprecedented challenge that reminds Washington that “the two countries will fight together”.

Russian-Chinese fleet inside US EEZ off Alaska

The US military revealed that earlier this month, while a US Coast Guard ship was on a routine patrol in the Bering Sea, its crew were surprised to encounter a squadron of ships from Russia and China.

More specifically, on September 19, a squadron of 5 Russian ships consisting of 1 frigate, 3 corvettes, 1 supply ship along with 3 Chinese ships, 1 destroyer, 1 corvette and 1 supply ship appeared in the US EEZ north of Kiska Island, Alaska.

The US Coast Guard vessel USCGC Kimball (WMSL-756) spotted the three Chinese and five Russian vessels in the Bering Sea, 75 nautical miles north of Kiska Island in Alaska on September 19, within the US Exclusive Economic Zone.

Initially, the crew of the US Coast Guard ship USCGC Kimball (WMSL-756) on a routine patrol in the Bering Sea encountered the People’s Republic of China guided-missile cruiser Renhai CG 101 sailing approximately 75 nautical miles north of Kiska Island in the Alaska.

“While the formation had operated in accordance with international norms, we must ensure that there are no disruptions to US interests in the maritime environment around Alaska ,” said Vice Adm. Nathan Moore, commander of the 17th Coast Guard.

Kimball will continue to monitor the area.

The Chinese and Russian formation came a month after NATO Secretary General Jens Stoltenberg warned about China’s interest in the Arctic and Russia’s military build-up there.

Stoltenberg said Russia has created a new Arctic Command and opened hundreds of new and former Soviet-era military sites in the Arctic, including deep-sea ports and airfields.

“Beijing and Moscow are also committed to intensifying practical cooperation in the Arctic. This is part of a deepening strategic partnership that challenges our values ​​and interests ,” Stoltenberg said on a visit to Canada’s north.

At the same time, Russia made a strange move by redeploying three Tu-160 strategic bombers to the Olenegorsk air base.

Olenegorsk is a city in Murmansk Oblast, Russia, very close to the border with Finland.

Satellites detected the repositioning of Tu-160 strategic bombers. Below you can see the image.

“The reasons for the deployment of Tu-160 strategic bombers capable of carrying nuclear weapons at the airbase remain unknown, however, the bombers were moved here following NATO threats against Russia.

Due to the absence of official statements from the Russian Ministry of Defense, so far the purpose of the transfer of Tu-160 strategic bombers to the air base in Olenegorsk remains unknown,” noted Russian media.

At the same time, mobilization also exists in the Tu-95MS strategic bombers.

According to the Russian Ministry of Defense, the long-range aviation regiment in the Amur region, which has Tu-95MS strategic bombers, is conducting exercises.

Earlier today, Moscow issued a signal of readiness for troops in Kaliningrad.

The Russian Defense Ministry announced today Wednesday that conscripted reservists in the Kaliningrad region have begun training for combat at the base of the Russian Baltic Fleet.

“All enlisted military personnel are trained in small arms fire. Additional civilians called up from the reserve are retraining their skills in the handling and maintenance of weapons, military and special equipment, ” the ministry said on its Telegram channel.

Training is also given to improve marksmanship skills and prepare military personnel for “bold actions on the battlefield”.

Russia maintains a significant military presence in Kaliningrad, a Russian enclave on the Baltic coast between Poland and Lithuania, which are members of NATO and the European Union.

Russian power there includes missiles capable of carrying nuclear warheads, the Russian Baltic fleet and tens of thousands of troops.

Look at the two pictures 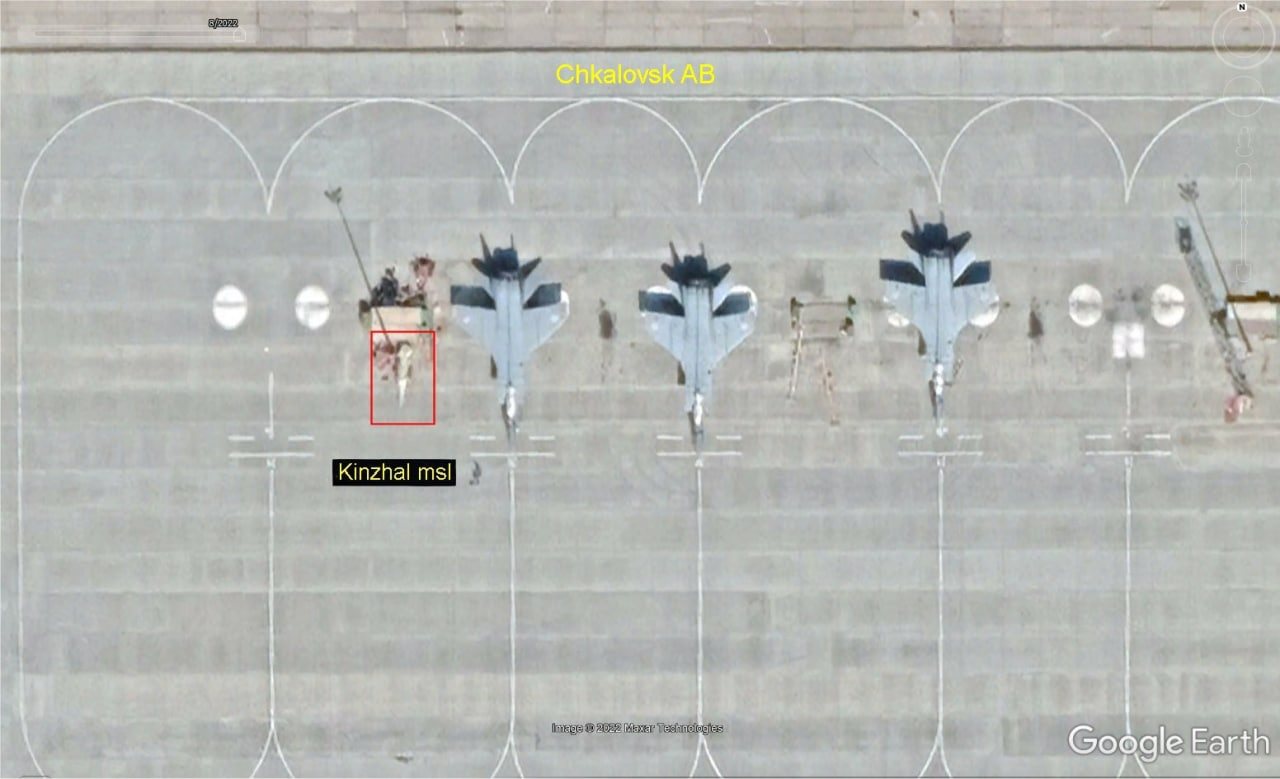 See the images from the alert in the Baltic 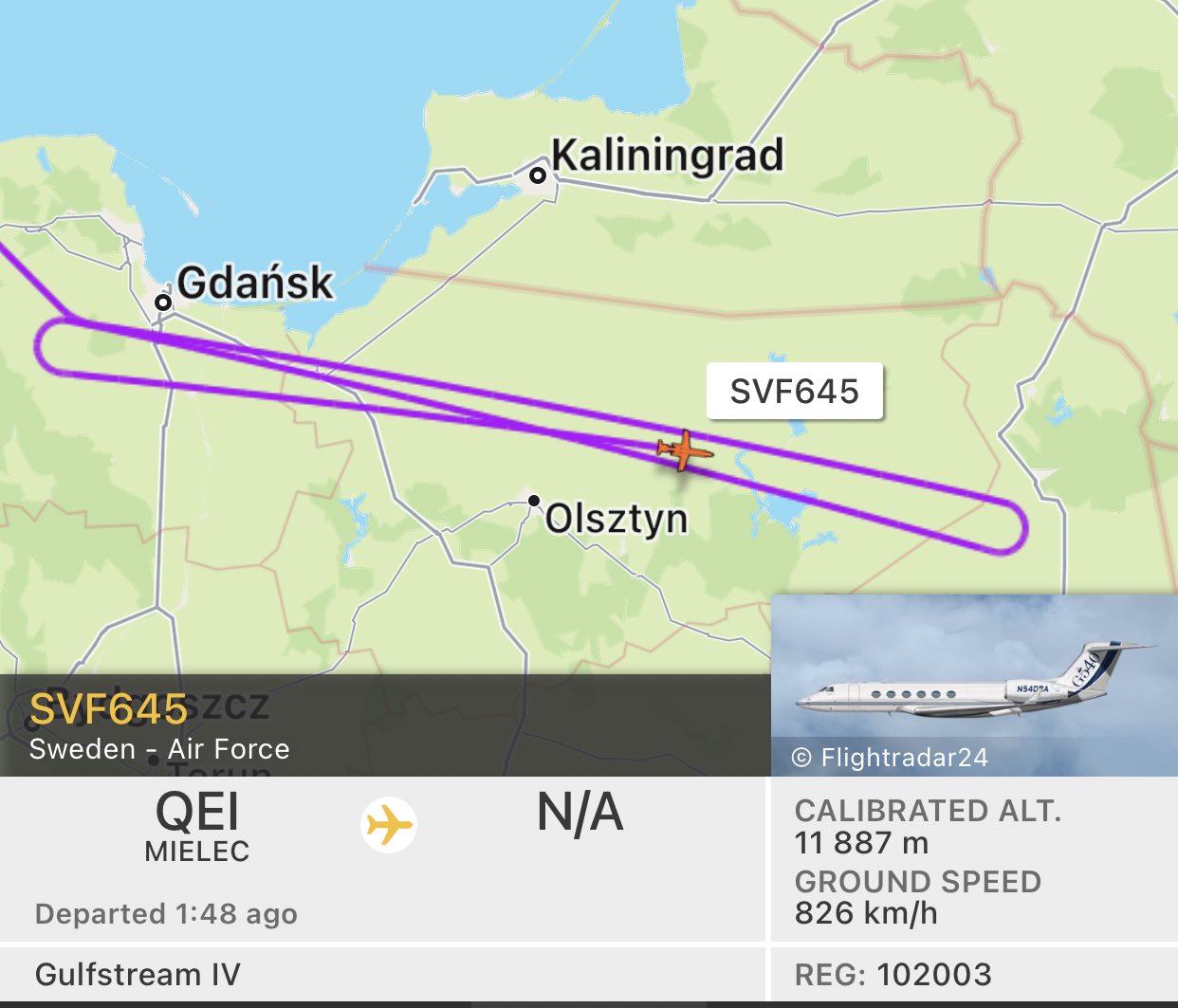 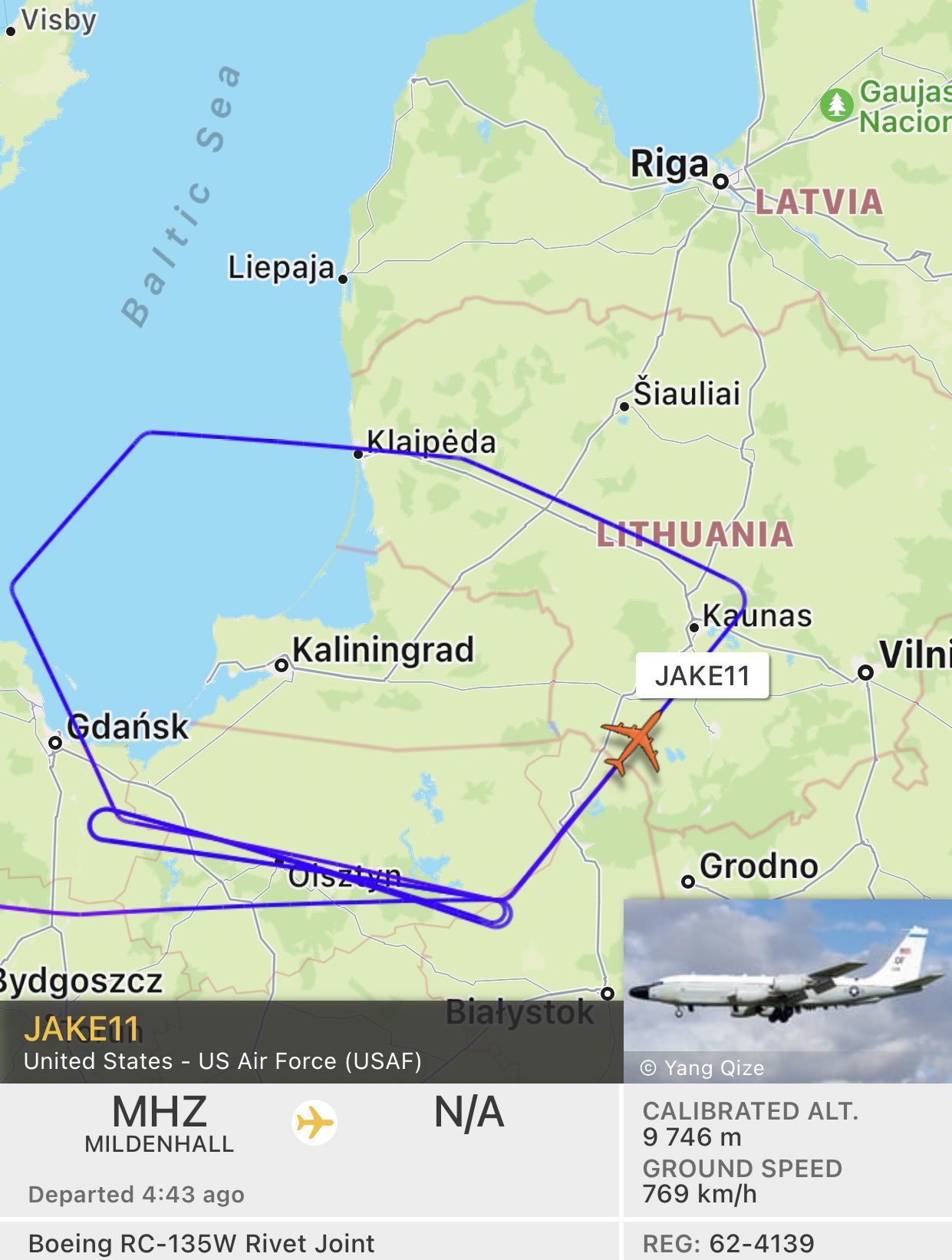 2 thoughts on “Nuclear alert: Repositioning of six Tu-160s and MiG-31s ​​with Kinzhal – Fleet of 8 Russian and Chinese ships in US EEZ in Alaska”