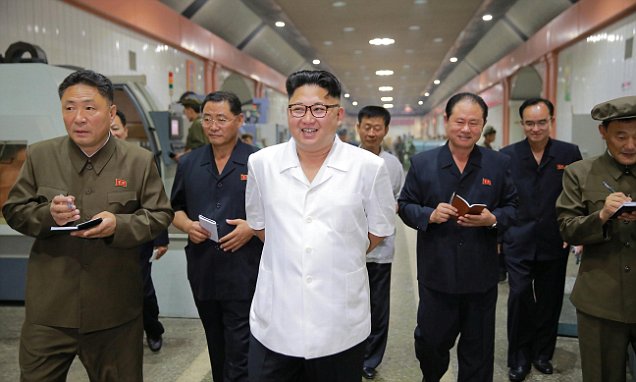 Kim Jong-Un’s government warned that Tuesday’s joint military drill had ‘hardened our determination that the U.S. should be tamed with fire’, and threatened to hit the Pacific territory of Guam.

North Korea has made fresh threats to attack the U.S. territory of Guam with a ‘salvo of missiles’ after a recent aviation exercise over the peninsula.

Kim Jong-Un‘s government warned that a joint exercise with Japan and South Korea has ‘hardened our determination that the U.S. should be tamed with fire’.

In a statement published in North Korean state media, Pyongyang said the military drills ‘lets us take our hand closer to the ‘trigger’ for taking the toughest countermeasure’.