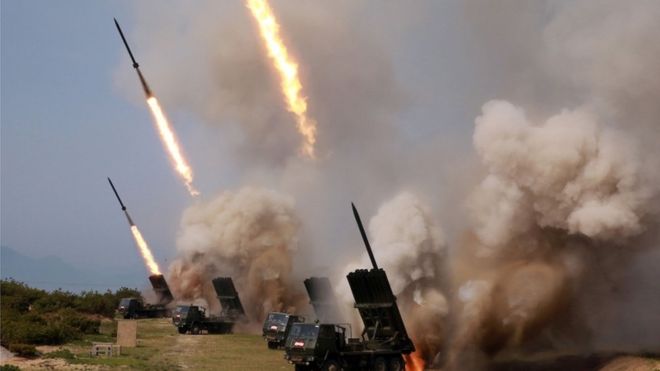 Photos show leader Kim Jong-un observing the missile launch from an undisclosed location and later celebrating with military officials upon the missile hitting its target.

According to the South Korean military, North Korea had test-fired two short-range ballistic missiles into the sea off its eastern coast.

The sixth missile test within the last month, the launch is reportedly seen as North Korea’s rebuffing of South Korea’s joint military drills with the US. 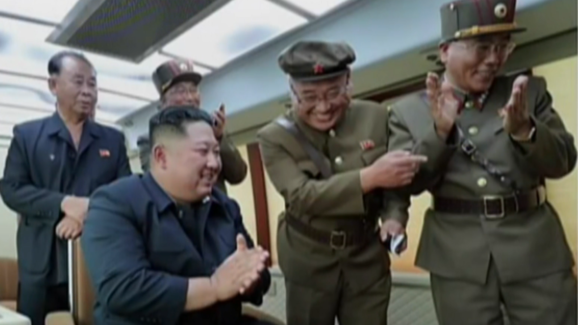