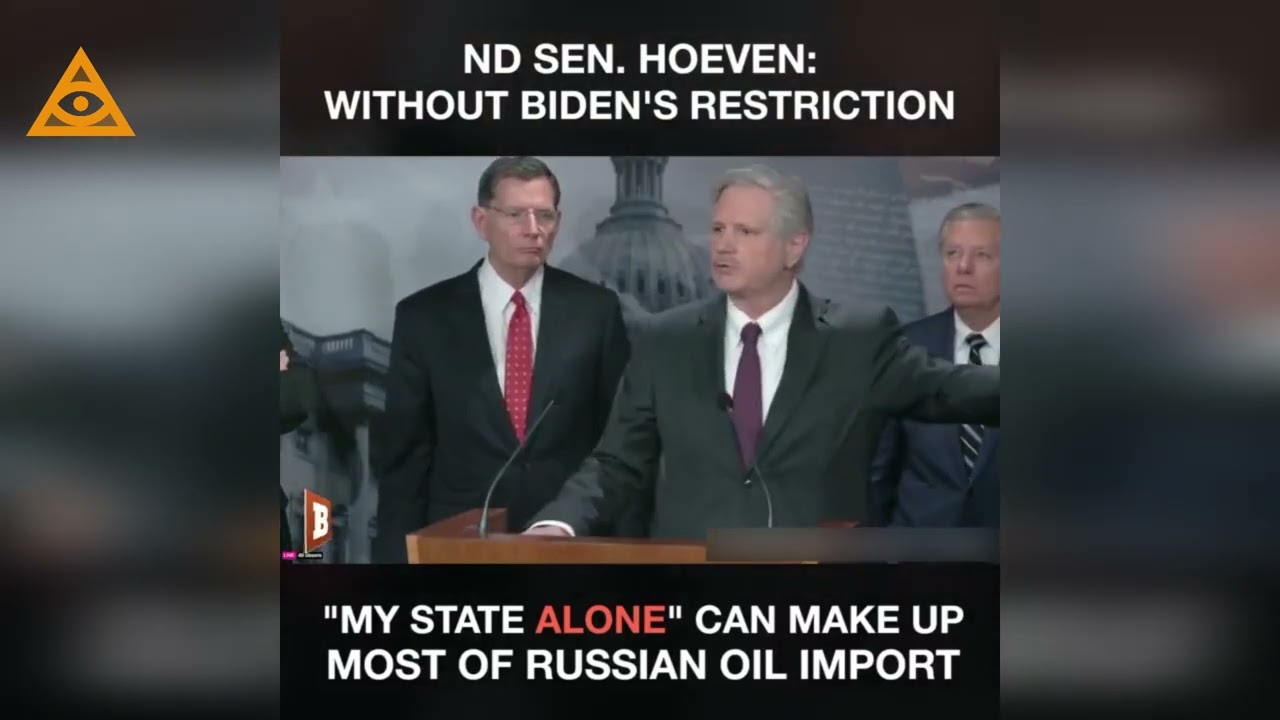 US Senator points out that USA could wipe out their reliance on Russian oil just through reversing decisions on the limits of domestic oil production.

John Henry Hoeven III is an American banker and politician serving as the senior U.S. senator from North Dakota since 2011. A Republican, he served as the 31st governor of North Dakota from 2000 to 2010. In 2010, Hoeven was elected to the U.S. Senate, succeeding Senator Byron Dorgan, who chose not to seek reelection. Hoeven became North Dakota’s senior senator in 2013 after Kent Conrad retired and was succeeded by Heidi Heitkamp, who was once Hoeven’s opponent for the governor’s office. Hoeven was reelected in 2016.