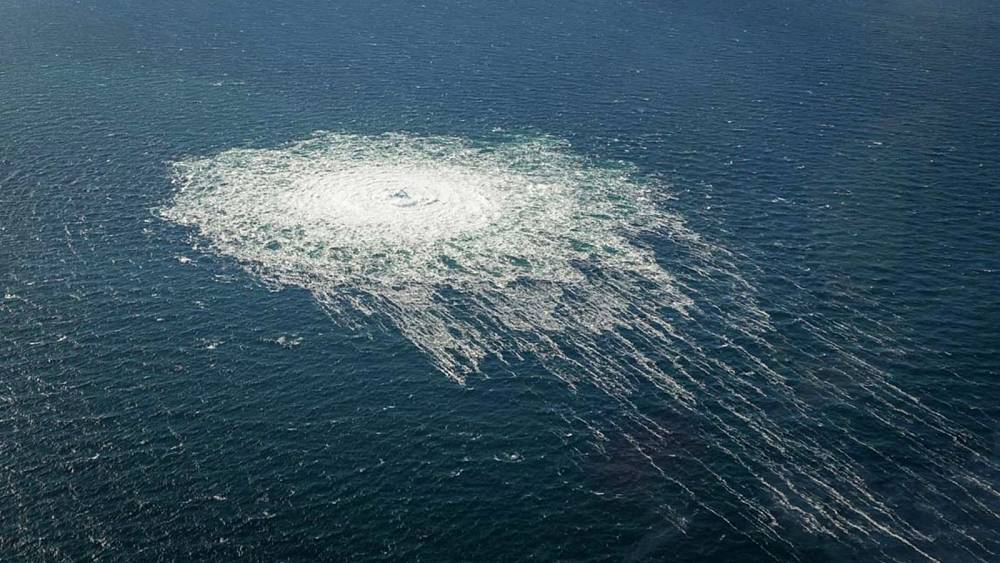 Seismologists recorded what they think were explosions before gas began pouring out of two Russia-to-Germany pipelines under the Baltic Sea.

It’s unclear what caused the blasts but they are the result of “deliberate actions”, according to Denmark’s prime minister, Mette Frederiksen.

Her Polish counterpart, Mateusz Morawiecki, called it “an act of sabotage”.

Two leaks were discovered on Nord Stream 1, which Moscow shut down earlier this month in retaliation for Western sanctions over Russia’s war in Ukraine.

“This is not a small crack. It’s a really big hole,” said the Danish Energy Agency.

‘Hard to imagine it is a coincidence’

Earlier, Frederiksen did not go as far as Morawiecki, instead saying that sabotage could not be ruled out.

“It is too early to conclude yet, but it is an extraordinary situation,” she said. “There are three leaks, and therefore it is hard to imagine that what is happening is a coincidence.”