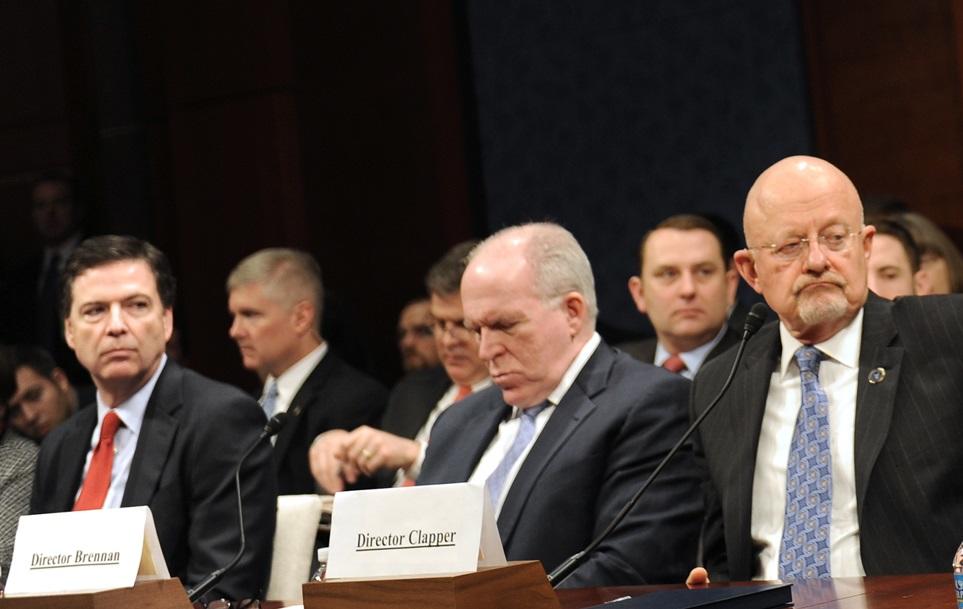 Right before Trump’s visit to the UK?

As Congressional Democrats insist on conducting post-Mueller probes into President Trump and those around him, much of the recent infighting and backpedaling we’ve seen from former Obama intel chiefs is starting to make sense.

Appearing with Fox News‘s Sean Hannity Tuesday night, The Hill‘s John Solomon revealed that according to his sources (and Hannity’s as well), President Trump will begin declassifying ‘Russiagate’ documents in the next 6-7 days.

Among those will be the so-called “Bucket Five” – documents which were originally presented to the Gang of Eight in 2016, which included everything the FBI and DOJ used against Trump campaign aide Carter Page – including the FISA surveillance application and its underlying exculpatory intelligence documents which the FISA court may have never seen.

According to John Solomon, #declas is coming in 7-8 days; looks likely after POTUS Japan visit and just before a visit to UK, or between 5/29 and 6/2.

Given all Russiagate roads lead back to London and the political climate in UK, this could get bumpy. https://t.co/CWzHxDRL7H

And as ‘Sundance’ of the Conservative Treehouse notes, the release would presumably include the transcripts from FBI wiretaps of George Papadopoulos, who was listed in the Carter Page FISA. Also noted by CT is that declassification would be on target to occur between Trump’s upcoming state visit to Japan (5/25 – 5/28) and his state visit with the UK (6/3 – 6/5).

Via the Conservative Treehouse:

No-one really knows the extent of the current documents and/or information that may be subject to a Trump declassification request.  However, this is the original list as outlined in September 2018, and the agencies who would be involved in the declassification process:

♦ President Trump can prove the July 31st, 2016, Crossfire Hurricane counterintelligence operation originated from a scheme within the intelligence apparatus by exposing the preceding CIA operation that created the originating “Electronic Communication” memo. Declassify that two-page “EC” document that Brennan gave to Comey.  [The trail is found within the Weissmann report and the use of Alexander Downer – SEE HERE]

♦ Release and declassify all of the Comey memos that document the investigative steps taken by the FBI as an outcome of the operation coordinated by CIA Director John Brennan in early 2016.  [The trail was memorialized by James Comey – SEE HERE]

♦ Subpoena former DOJ-NSD (National Security Division) head John Carlin, or haul him in front of a grand jury, and get his testimony about why he hid the abuse from the FISA court in October 2016; why the DOJ-NSD rushed the Carter Page application to beat NSA Director Admiral Mike Rogers to the FISA court; and why Carlin quit immediately thereafter.

♦ Prove the Carter Page FISA application (October 2016) was fraudulent and based on deceptions to the FISA Court. Declassify the entire document, and release the transcripts of those who signed the application(s); and/or depose those who have not yet testified. The creation of the Steele Dossier was the cover-up operation. [SEE HERE]

♦ Release all of the Lisa Page and Peter Strzok text messages without redactions. Let sunlight pour in on the actual conversation(s) that were taking place when Crossfire Hurricane (July ’16) and the FISA Application (Oct ’16) were taking place.  The current redactions were made by the people who weaponized the intelligence system for political surveillance and spy operation.  This is why Page and Strzok texts are redacted!

♦ Release all of Bruce Ohr 302’s, FBI notes from interviews and debriefing sessions, and other relevant documents associated with the interviews of Bruce Ohr and his internal communications. Including exculpatory evidence that Bruce Ohr may have shared with FBI Agent Joseph Pientka. [And get a deposition from this Pientka fella] Bruce Ohr is the courier, carrying information from those outside to those on the inside.