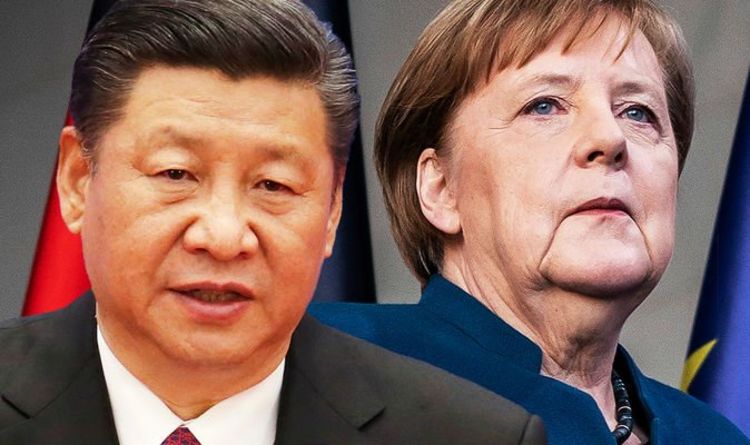 The diplomatic game of chess is likely to go down to the wire as China is actively lobbying to escape sanctions and independent inquiry because the Chinese Communist Party knows it is culpable for the Wuhan coronavirus pandemic. Earlier this week, it appeared that China is on the back foot as over 100 countries rallied behind each other to draft a resolution in the 73rd World Health Assembly to review the response of the World Health Organisation in order to draw lessons from it.

Interestingly, even China backed the proposal which was initially drafted by the European Union as the world thought that it has taken the first steps to punish China and the WHO for its sins. However on a closer look, it turns out that yet again China has managed to fool the world.

Australia has been at the forefront of pushing for an independent investigation into China and had drafted a proposal which demanded an independent inquiry and threatened to put China in the dock. China lobbied with the European Union to fool the world and embarrass Australia as the latter’s proposal was silently junked and a watered-down proposal was drafted by the European Union which only called for a review of the WHO’s response in order to draw lessons from the response, much to China’s delight.

The entire world has been fooled by China into thinking that punitive measures have been taken by the countries in the 73rd World Health Assembly. The seven page proposal does stress on investigating the origins of the virus but desists from directly mentioning China or Wuhan.

Chinese Communist Party’s mouthpiece Global Times cannot contain its happiness as it claims that Australia got a “slap on the face” and openly admits that EU’s resolution was sponsored by China and the global community has welcomed it.

Chinese Foreign Ministry spokesperson, Zhao Lijian said, “It is a totally different thing from the so-called independent inquiry pushed by the Australian side.” Yet again, China has been successful in putting out its narrative and needless to say, the proposal which has been signed by over 100 countries is nothing but a hogwash as China will never sponsor a proposal which can threaten its narrative.

It is ironical that the European Union which has been arguably worst hit by the Wuhan virus pandemic is supporting China as it cowers down under Chinese pressure. As if to rub salt in to the wounds, the European Union pledged to back the WHO after US President Donald Trump threatened to pull out of the body if the WHO is unsuccessful in proving that it is not under Chinese influence.

European foreign affairs spokeswoman Virginie Battu-Henriksson said, “This is the time for solidarity, not the time for finger pointing or for undermining multilateral cooperation. The European Union backs the WHO in its efforts to contain and mitigate the COVID-19 outbreak and has already provided additional funding to support these efforts.”

In yet another example which portrays how the EU has been compromised into serving the interests of China, it recently watered-down a report about Beijing’s state-backed “disinformation campaign”, fearing that the Dragon would retaliate by withholding medical supplies. The reference to China’s “disinformation campaign” essentially means China’s massive ‘propaganda war’ to portray itself as the saviour of the world, spreading lies like the US Army spread the novel Coronavirus or scapegoating Italy as a part of COVID-19 origin propaganda or an unnamed Chinese diplomat meddling in the internal affairs of France in an ugly, undiplomatic manner.

But this particular section was removed by the European Union. Why? Because Beijing strong-armed it and warned the EU officials of unspecified repercussions. And then the European Union gave in to the threats to appease the CCP.

Such is the Chinese influence in the European Union that it allowed China to censor a “friendship letter” which was co-authored and co-signed by all European Union Ambassadors to China. The letter mentioned, “The outbreak of the coronavirus in China and its subsequent spread to the rest of the world over the past three months, has meant that our pre-existing plans have been temporarily side-tracked.”

But Beijing’s state-run media didn’t like it and China Daily published the letter, removing this paragraph about the Coronavirus Pandemic, thereby quoting the European Union selectively. But the EU didn’t protest and allowed China to impose its will by censoring parts of the letter. Not only did the European Union fail to object, but it also consented to Chinese censorship and manipulation. Battu Henriksson said, “EU diplomats decided to proceed with the publication with considerable reluctance.”

In retrospect, it seems that the United Kingdom’s decision to leave the European Union was the correct one. While there are obvious economic and trade benefits by being a part of the EU, but if the institution cannot protect the lives of its citizens and directly panders to the whims and fancies of China despite the fact that the latter’s actions have created havoc in Europe, the institution has lost all credibility and no longer serves the interests of Europe.