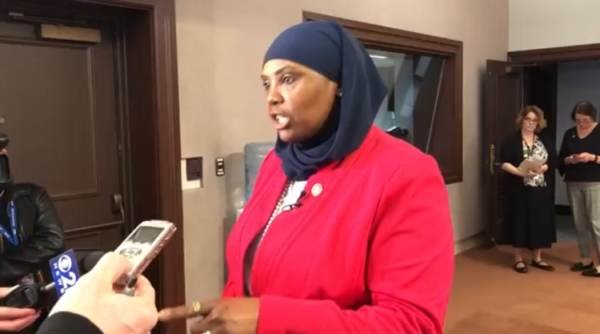 The crooked Democrat didn’t even serve one whole year in office and she is already resigning in disgrace — she is also facing jail time.

“Her theft knew no bounds,” Shapiro said as he announced that his office had charged the first-term lawmaker with theft, perjury, tampering with public records, and related crimes Wednesday morning.

Shapiro said Johnson-Harrell would plead guilty to charges and faces jail time. “There will be a guilty plea that will be worked out, and you will see the details of that soon,” he said.

Movita Johnson-Harrell “vigorously disputed” the allegations through a statement from her attorney.

“I am saddened and dismayed by the nature of the allegations brought against me today. I vigorously dispute many of these allegations, which generally pertain to before I took office, and I intend to accept responsibility for any actions that were inappropriate,” she said.

Recall, Movita Johnson-Harrell was just elected in March of this year in a special election when she attacked a Christian state lawmaker who prayed to “Jesus” during her swearing-in ceremony as “blatantly Islamophobic.”