RT is also doing stories on this topic today!!!

“This story is a reflection of a hypothesis by a couple of scientists that procured funding a couple of months back to study a planet sized gravitational anomaly in the solar system. The New York Post title is click bait. The planet is still a hypothesis.”

Planet X to really cause mass extinction this month?

© NASA
The elusive Planet X, or Nibiru, with its unimaginably long 27-million-year orbit, is still only a theory to many. But one astrophysicist believes it spells doom for Earth. Nibiru’s arrival this month, he says, will bring about a mass extinction of untold proportions.

The celestial body, theorized in many an ancient text – most notably among the Sumerians –  is predicted to be 10 times our size, and is currently still thousands of times further away from us than our sun. But if the latest research is correct, something is having a skewing effect on a group of objects in the Kuiper Belt, just beyond Neptune. And it’s closing in fast. 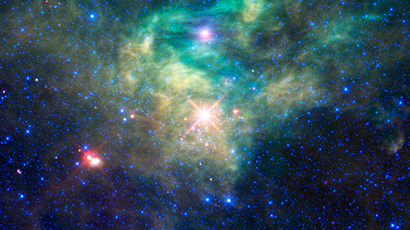 NASA looks for Planet X but comes up empty

Thanks to science, we know that the larger the celestial body, the bigger its gravity, and consequently, its ability to affect other, smaller bodies around it. We’ve known of Jupiter’s crucial role in protecting us from asteroids for quite some time now. But the mysterious Nibiru could very well do the opposite – and some say there’s good reason to believe it.

According to wide speculation among the space-surveying community, we were never likely to observe Nibiru closely, owing to its long orbit. However, once it makes its theoretical journey back around, it’s going to bring with it more than just a pretty sight.

Some say the mass extinction some 27 million years ago was caused by just that: comets and other space debris pummeling Earth and wiping everything out. And we indeed have fossil evidence to suggest that, with striking regularity, something wiped out almost all life once in every 27 million years, dating back at least 250 million years.

Ancient Sumerian writings first documented the planet’s supposed existence, as did other ancient civilizations. But our inability to study it firmly placed the doomsday scenarios into the conspiracy-theory category.

Now, a retired astrophysics professor from the University of Louisiana, Daniel Whitmire, is saying Nibiru has all but arrived to our neck of the woods – and that the destruction brought about by its gravitational trickery will take place this very April, as it’s done numerous times before, every time it passed us by.

Whitmire recently published his research in the Monthly Notices of the Royal Astronomical Society, although he first theorized the Nibiru-mass extinction connection back in 1985 in the journal Nature.

Earlier this year we started seeing space anomalies manifesting in a small group of objects, which have been taking on a peculiar orbit. Only something 10 times the size of the Earth – as theorized with Nibiru – could influence celestial objects in such a way, according to a study from Caltech. The anomaly was picked up on in the Kuiper Belt, which stretches all the way past Neptune. And it resurrected a 100-year debate.

Whitmire and colleague John Matese’s original theory suggested that Nibiru orbits the sun, passing through the Kuiper Belt comets every 27 million years, picking up traces and carrying them onwards. The danger here was not only that some would hit Earth, but that others would disintegrate in the sun, and really mess with our source of light.

Whitmire, who retired and has been teaching at Lafayette since 2012 and the University of Arkansas since 2013, says “I’ve been part of this story for 30 years…  If there is ever a final answer I’d love to write a book about it.”

But not so fast, say other astrophysicists Konstantin Batygin and Michael E. Brown – the Caltech scientists behind the research into the Kuiper Belt objects that Planet X (Nibiru) was supposedly affecting. In fact, what they suggest is a ‘Planet Nine’, but the distinction seems to have been lost on many in the public, owing to the huge body of dramatic mythology about Planet X.

“Whitmire has been speculating for decades about a very distant very massive planet pushing comets around. It has to have an orbital period of something like 27 million years,” Brown told Discovery recently.

But he also maintains that the orbit of the mysterious body that will have affected the objects would only take 15,000 years – nothing akin to what Whitmire suggested. Nor is there any credible evidence to suggest Planet X exists – at least not from the Caltech study. Thus, while Whitmire’s theory “may or may not make sense, it definitely has nothing to do with Planet Nine, which is much closer to the sun and thus ‘only’ takes 15,000 years to go around,” Brown added. 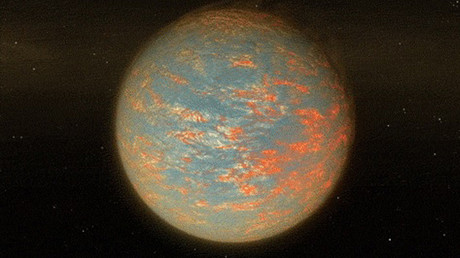 Whitmire appears to be aware of the confusion, but remains undeterred.

The reason Planet X, or Nibiru, has received so much attention over the past century is its mystical connection to ancient civilizations known to have been quite adept at watching the stars. Somewhere along the way, Planet Nine evidence got confused with the possibility of a Planet X – something esteemed physicist Brian Cox calls “an imaginary bullsh*t planet”.

Doomsday scenarios related to the mystical planet stated our days were numbered last September, and the September before that.

People were even tying it to the supposed Mayan predictions about 2012. In a sense, all Planet X has provided us with so far are very outlandish scenarios with very little scientific basis. The Caltech study is among the latest stabs at studying the elusive celestial body that affects the movement of the Kuiper Belt objects. Whether the Sumerians were describing that very planet remains a mystery.