Journalists and transparency activists across the country have done a phenomenal job of shining light on how local law enforcement agencies use emerging technologies to surveil everyday people on a massive scale.  It’s often like playing Whac-A-Mole and Go Fish at the same time. One day, the question may be whether police are usingdrones. The next, automatic license plate readers.  After that, facial recognition or IMSI catchers (i.e.Stingrays) or Rapid DNA analyzers.

For years, government agencies have chased technologies that would make it easier to ensure that vehicles in carpool lanes are actually carrying multiple passengers. Perhaps the only reason these systems haven’t garnered much attention is that they haven’t been particularly effective or accurate, as UC Berkeley researchers noted in a 2011 report.

Now, an agency in San Diego, Calif. believes it may have found the answer: the Automated Vehicle Passenger Detection system developed by Xerox.

The San Diego Association of Governments (SANDAG), a government umbrella group that develops transportation and public safety initiatives across the San Diego County region, estimates that 15% of drivers in High Occupancy Vehicle (HOV) lanes aren’t supposed to be there. After coming up short with earlier experimental projects, the agency is now testing a brand new technology to crack down on carpool-lane scofflaws on the I-15 freeway.

Documents obtained by CBS 8 reporter David Gotfredson show that Xerox’s system uses two cameras to capture the front and side views of a car’s interior. Then “video analytics” and “geometric algorithms” are used to detect whether the seats are occupied.

When the detection system’s computer determines a driver is improperly traveling in the carpool lane, the cameras instantly send photos of the car’s interior and its license plate to the California Highway Patrol.

In short: the technology is looking at your image, the image of the people you’re with, your location, and your license plate. (SANDAG told CBS the systems will not be storing license plate data during the trial phase and the system will, at least for now, automatically redact images of drivers and passengers. Xerox’s software, however, allows police the option of using a weaker form of redaction that can be reversed on request.)

Xerox’s Automated Vehicle Passenger Detection systems can be mounted in permanent locations, such as freeway gantries, or attached to mobile trailers that “can be moved around, in order to keep potential violators honest.“

Xerox claims that the systems have a 95-99% accuracy rate, even with vehicles traveling as quickly as 100 mph. That represents a significant leap in capabilities compared to the 14-20% accuracy recorded by similar technology tested by SANDAG four years earlier.

So far, Xerox’s technology has only had one other trial run: a 2013 test on the Mackay Bridge in Halifax, Nova Scotia, where the detection system captured 250,000 images of drivers in just under two weeks. Xerox claims the technology successfully determined front seat passengers 98.9% of the time and rear seat passengers 96.2% of the time.

That success rate may seem impressive, but it still means that, in aggregate, thousands of people could have been affected by machine error. Automated Vehicle Passenger Detection systems also raises the usual questions and concerns about privacy and mass surveillance, particularly without rules yet in place defining the limits of how this technology collects data and how that data will be stored, accessed, and destroyed.

If this trial is successful, it may only be a matter of time before Xerox begins marketing this new technology to other jurisdictions. As Xerox told its investors in November, its Automated Vehicle Passenger Detection system is “aimed at revolutionizing the movement of people and goods worldwide.”

Whether you’re a local journalist or citizen watchdog, add Automated Vehicle Occupancy/Passenger Detection to your vocabulary. In the coming months and years, look for it in procurement documents and committee agendas. Ask for related documents in your routine public records requests. As with all street-level surveillance technology, citizens have more power to influence policy when they discover the tech in its infancy, rather than fighting to dial back its use after it has been integrated into everyday police operations. 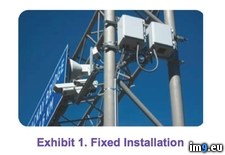