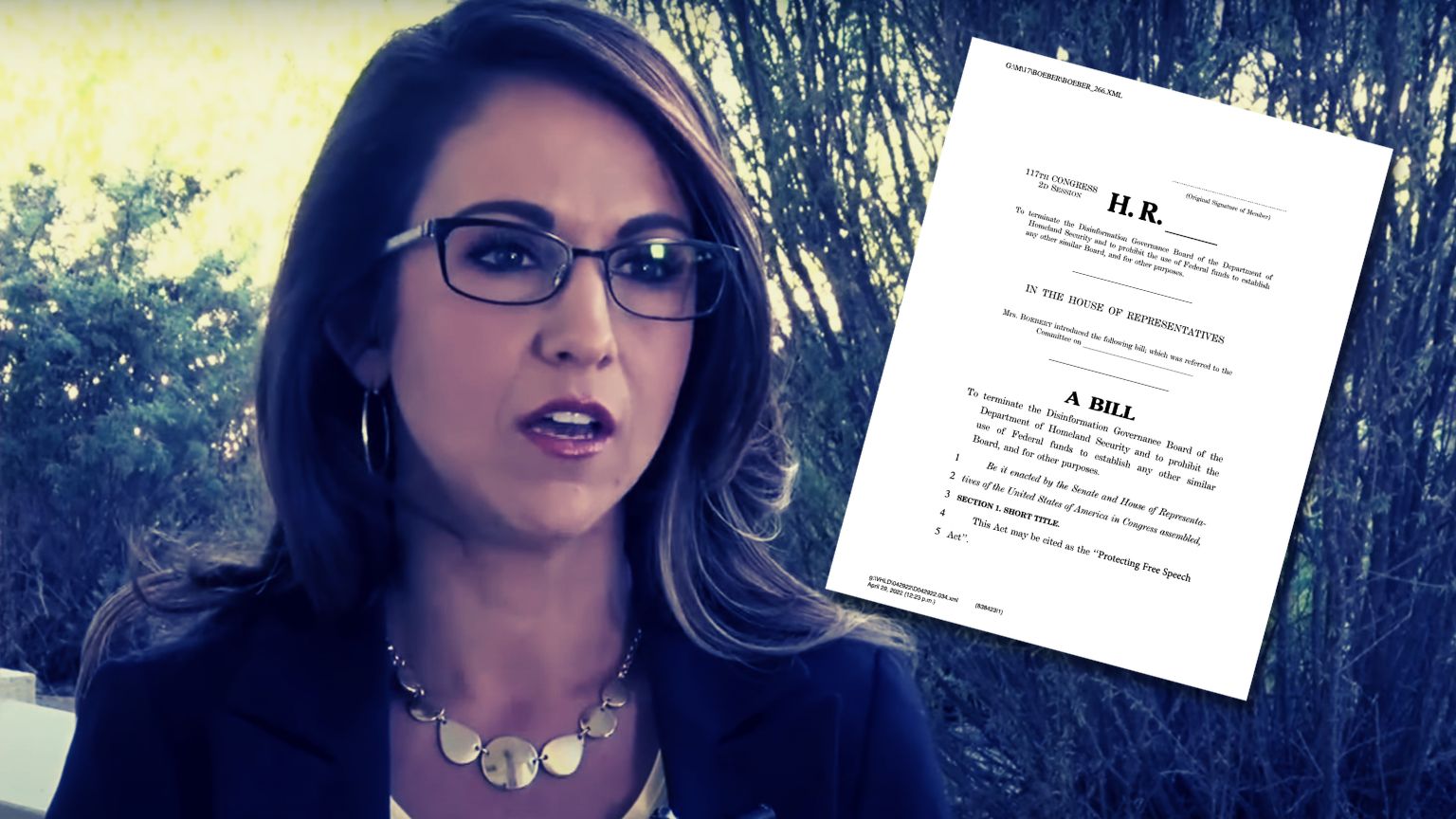 To be introduced next week.

Rep. Lauren Boebert is leading the way in introducing a bill to defund the newly formed Disinformation Governance Board, under the Department of Homeland Security (DHS).

We obtained a draft copy of the bill for you here.

“This kind of stuff is terrifying. We in Congress have the power of the purse. It is our duty to shut down this department immediately,” Boebert told Fox. “I’m calling on leadership in the Republican Party – Leader McCarthy, Whip Scalise, and others — to join me in calling for this department to be shut down and defunded.”

The new board will focus on Russian propaganda and “misinformation” spread by and about human traffickers at the border.

The head of the board, Nina Jankowicz has previously been accused of spreading misinformation. She called the New York Post’s Hunter Biden laptop story Russian disinformation. The authenticity of the laptop has since been proven.

“No tax dollars should go to where Biden can use the power of the federal government to silence truthful stories like Big Tech did with the Hunter Biden story,” Boebert said.

Boebert compared the formation of the new board to the draconian world in George Orwell’s book “1984.”
“Democrats took that [book] not as a warning, but as a guide,” she added.

Boebert is looking for cosponsors for the bill, which she is expected to introduce next week.

“This really is a department of propaganda,” Boebert said. “To say that the federal department has a say in what’s right and what’s wrong. What’s truth and what is not. This is a very dangerous place that we’ve come to.”