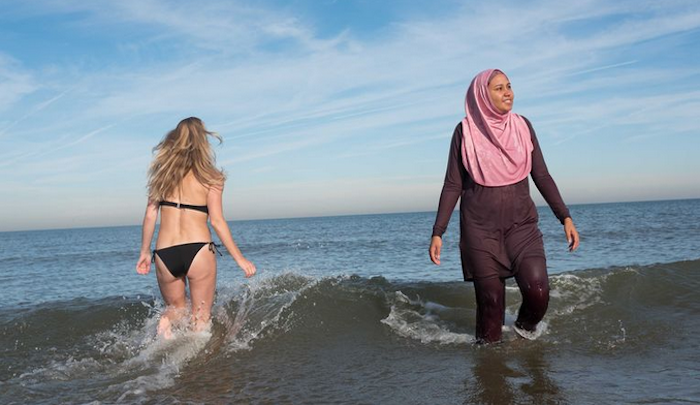 A nudist beach? Then also a “halal beach” in The Hague. At least, if it is up to Party of the Unity Councilor Arnoud van Doorn. According to the controversial Dutch politician, Muslims feel “unpleasant with scantily clad, ugly people.”

According to Van Doorn, there is a need for a so-called “halal beach”. Muslims don’t feel at home on most beaches, he says. “Not only Muslims, but also many other residents feel uncomfortable with the appearance of very scantily dressed and often unesthetically designed beachgoers,” he writes to the city council of The Hague. “In addition, women in particular indicate that they are increasingly confronted with unwanted allusions and advances by people of the opposite sex during beach visits.”

He believes that The Hague should therefore consider whether it is possible to designate part of the beach for Muslims. After all, there is also a nudist beach for a small group of enthusiasts, so why not design a part of the beach for the Muslim community, Van Doorn argues. Halal beach resorts already exist in seaside resorts in Turkey and Indonesia, among others. On halal beaches, Muslims could enjoy the sun according to their religious regulations. For example, men and women sunbathe separately on Lombok.

Van Doorn came to the PVV (Geert Wilders’ anti-Islam party) in 2010 in the city council of The Hague and in 2013 – after his conversion – switched to the Islamic Party for Unity. In 2016 he received a work sentence for selling drugs to minors and the possession of a prohibited alarm gun….