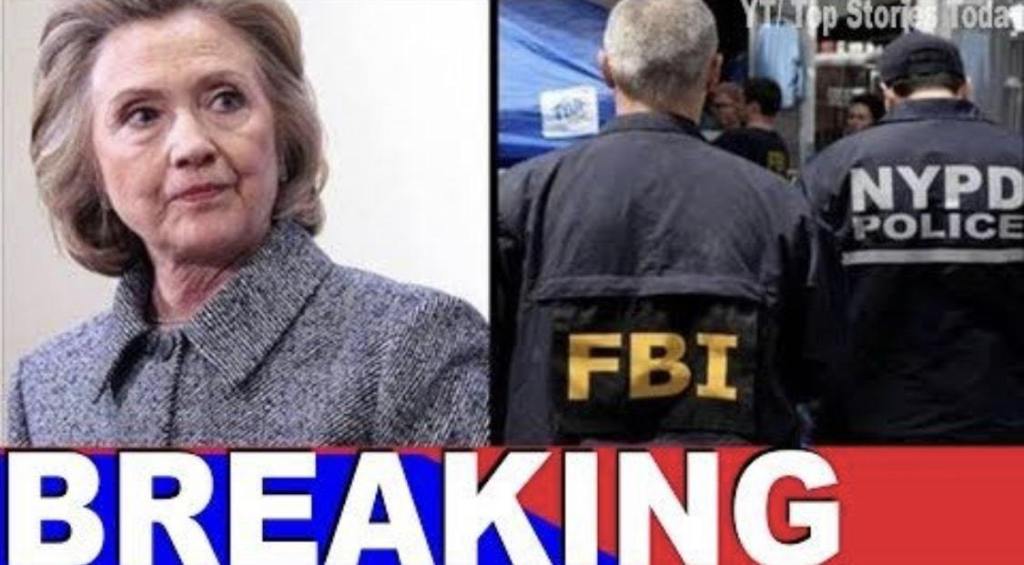 The NBC investigation was broadcast at a time when they were a real news organization rather than a branch of the Democratic Party’s PR department, and provided internal State Department memos to back up claims of a massive Hillary Clinton elite pedophile ring cover-up.

“Serious allegations concerning the State Department,” the NBC anchor announced, before launching into the disturbing details that mainstream media would be unable to report on in 2017.

“According to internal State Department memos the agency might have called off or intervened into investigations into possibly illegal, inappropriate behavior within it’s ranks allegedly to protect jobs and avoid scandals.

“There is an old saying in Washington that the cover-up is worse than the crime. But in this case both parts of it are disturbing,” Chuck Todd continued.

“Allegations of prostitution and pedophilia, and allegations that those crimes were somehow covered up or not looked into. So the State Department this morning is having to respond to those claims, and those investigations involve misconduct by State Department officials, including an Ambassador and security agents attached to then secretary of state, Hillary Clinton.

“The allegations are that these investigations were whitewashed, quashed altogether, and that those orders came from high up.”

“NBC has obtained documents relating to ongoing investigations into some disturbing allegations involving State Department personnel and at least one ambassador. A State Department memo says, quote, “the Ambassador routinely ditched his protective security detail in order to solicit sexual favors from both prostitutes and minor children.

In contrast to Clinton’s cover-up, President Trump has announced a federal investigation into the elite pedophile scandal involving human trafficking earlier this month and promised to help put an end to the “horrific, really horrific crimes taking place.”

The president held a short, dramatic press conference after meeting with human trafficking experts to announce that he will direct “the Department of Justice, the Department of Homeland Security and other federal agencies” to devote more resources and personnel to the investigation.

Appearing at the press conference for less than two minutes, President Trump said that the issue has been on the radar of federal government “for some time” but since taking office in January the investigation has become “much more focused.”

“It has been much more focused over the last four weeks, I can tell you that.”

Source: NBC Admits Hillary Clinton Used her Job to Cover up Pedophile Rings as Secretary of State | The Washington Pundit