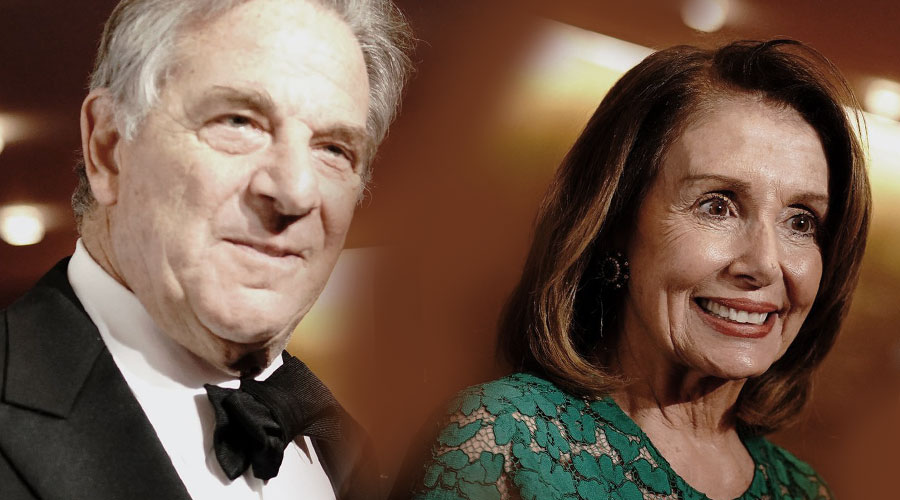 The husband of Nancy Pelosi was caught buying up a million dollars in shares of electric car manufacturers just days before the Biden admiration announced that it would replace the federal government’s fleet with all electric vehicles.

“Insider trading” is a scheme in which trades of a public company’s stock are made based on material, nonpublic information about the company. The practice is often illegal because it is seen as unfair to other investors who do not have access to the information, as the investor with insider information could potentially make larger profits than a typical investor could make.

Four U.S. senators were accused in March of using insider information about the coronavirus pandemic to profit in the stock market. This accusation caused Sen Richard Burr to step down as chairman of the Senate Intelligence Committee.

Now, it has been revealed, Paul Pelosi made a bullish investment between $500k-$1m into the electric vehicle titan Tesla so close to Biden announcing his intentions to replace the federal government’s fleet with electric vehicles that many are crying foul over the obvious ethical concerns.

“Paul Pelosi bought 25 call options costing between $500,000 and $1 million, according to a financial disclosure dated Jan. 21 reviewed by FOX Business. The options, which were purchased on Dec. 22, give Paul Pelosi the right, but not the obligation, to purchase up to 2,500 Tesla shares at a price of $500 apiece before they expire on Mar. 18, 2022.”

According to Reuters, Biden vowed to “replace the U.S. government’s fleet of roughly 650,000 vehicles with electric models” just 4 DAYS LATER!

Coincidence? I think not.

And this isn’t the first time the House Speaker has come under scrutiny for investment corruption. Back in 2008 she pulled the same sort of scam with Visa.

“Pelosi bought stocks around the same time legislation involving those investments was being discussed…Pelosi and her husband participated in an initial public offering of Visa in 2008, according to CBS. They bought 5,000 shares at the initial price of $44; two days later, shares were trading at $64”

Sounds like she’s an old hat at this game!

Even the leftist “fact checker” Snopes was forced to list this as “Mixed”, admitting, “Concerns around Paul Pelosi’s investment in Tesla are based on the fact that Speaker Pelosi is likely to play a prominent role in congressional negotiations over clean energy policy, in general, over the course of the Biden administration, and that, in particular, her family could stand to gain financially if Biden’s plan to move the entire federal fleet to electric vehicles sees the value of Tesla stock appreciate significantly,” they say.

“Snopes asked a spokesperson for Speaker Pelosi for her response to such concerns over the potential appearance of a conflict of interest on her part. We also asked whether she or her husband were aware of Biden’s intention to transition the federal fleet to electric vehicles at the time the investment was made, and whether Paul Pelosi now intended to sell his Tesla options, in light of the president’s electric vehicle announcement, in order to minimize any appearance of a conflict of interest. We did not receive a response to those questions in time for publication, but we will update this story if we hear back”

What do you think the likelihood is that they’ll get an answer on this obvious corruption?